The takeover of the Son electronics company Neways by VDL has been definitively cancelled.

At first, it seemed the takeover of the company was a done deal. VDL was always a shareholder in the company. And with a public offer, it would also take over the shares of the major shareholders.

The Neways board, however, announced that it wasn’t interested in this. The bid for the shares was about €13. The company’s management considered that to be too low. Later, Infestos made an offer of €14.55 per share. That received the board’s support.

VDL had to consider whether it wanted to make a new higher offer for the remaining shares in light of this development. In the end, the company decided not to do so, the company now announces.

“VDL is convinced of the added value that a combination of Neways and VDL could have for all stakeholders of Neways. Nevertheless, VDL decided not to increase its offer price. It wouldn’t go through with the previously announced offer either,” VDL said in a statement.

Entrepreneurs at Kruisstraat go to court with road closure 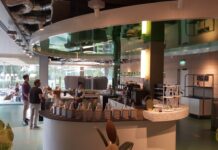 Rapid growth of High Tech Campus: “This is an inspiring place”.