The Eindhoven councillor Marcel Oosterveer has been almost blinded since last year. The VVD member made his comeback this week after months of leave: “Without sight, but with vision.”

“I’m happy to be back,” Oosterveer says in the Omroep Brabant talk show KRAAK. “I’ve been away for almost a year.” His return required major adjustments. The councillor only sees 8% and that is not going to be better.

“It’s really looking at what is and isn’t feasible. Of course I doubted whether it was even possible,” he says. “But I have a computer that talks to me, for example. It all goes a lot slower. But that will come.”

Oosterveer’s vision deteriorated in 2018. He says that he woke up and his eyes no longer worked properly. The situation got worse last August when his retina detached. “Very simple things that were normal suddenly are no longer normal. Like going to the store and picking out groceries. Or something like brushing your teeth. Or go to the toilet, because: where is the toilet paper?”

Despite the obstacles, the councillor is determined to return. “You want to be there for all Eindhoven residents. That is what you are chosen for.”

He has learned to deal with his new life in the past year. And now he is going for it in good spirits. He plans to become more involved as a politician for people with disabilities. “I am now learning that small changes in public space can be very difficult. Then you walk somewhere and suddenly there is a trash can. You don’t know that, so you run into it as someone with a visual impairment. You normally pay too little attention to that.” 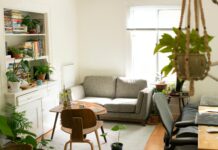