Eindhoven’s Jewish community will host a small, scaled-back Hanukkah celebration at Stadhuisplein next week. This is in light of the current coronavirus regulations.

Hanukkah is a major celebration in the Jewish calendar. It lasts for eight days and nights, usually in November or December. This year, it will begin on 10 December and end on 18 December. Hanukkah commemorates the Maccabees’ (a group of rebel Jews) victory over the Syrian army. After a three-year war, the Maccabees reclaimed Jerusalem and their temple from the Syrians.

During the ceremony at Stadhuisplein, candles on the traditional seven-armed menorah will be lit. Rabbi Simcha Steinberg and Eindhoven’s mayor, John Jorritsma, will give speeches. In line with coronavirus regulations, there will be no live music or large crowds.

Eindhoven’s Jewish community is growing. This is partly due to the increasing numbers of Israeli expats who come to work in Eindhoven’s high tech industries. The community appointed its own rabbi in 2017. 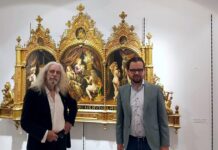 DDW is back in full swing: exhibitions at almost ninety locations 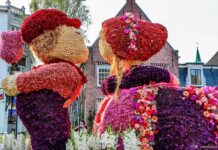 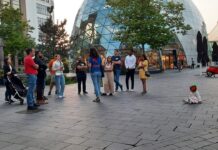 Expats get to know the city again: “They have to feel at home here”