The province announced the extra investments late Thursday evening. “The agreements are necessary to put the basis of public transport in order. It is also essential to enable future urbanization and for the construction of tens of thousands of homes”, commented Commissioner Christophe van der Maat.

Innovation and expansion
The national government is spending a total of fifty million euros on expanding and innovating all kinds of tasks at and around Eindhoven railway station. Regional public transport, for example, must become smarter and more sustainable. Buses and trains will also have to run more frequently. The Hague is also investing an additional fifteen million euros in a fast international train connection between Eindhoven and Düsseldorf. Previously, the government had already set aside ten million euros for this purpose.

Bus station
The province and Eindhoven municipality are also making a big contribution. Together, they’re setting aside forty million euros to, among other things, strengthen bus station Neckerspoel. Hypermodern buses will be running here in the near future. The province will also investments in ‘smart partial mobility’. The expansion of the Eindhoven station as an ‘international hub’ is also on the cards.

More investments
Not only in Eindhoven, further investments for improving the infrastructure in other parts of Brabant is also definite. These include the Den Bosch train station and the A2 motorway between Vught in Brabant and the Deil interchange in Zuid-Gelderland. In total, more than a billion euros are involved. 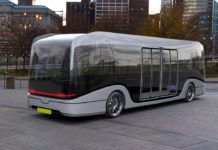