Dozens of cultural organisations are very worried now that the new coalition in Brabant plans to cut a quarter of the budget. Steven ten Thije of the Van Abbemuseum says this in an opinion piece in the Eindhovens Dagblad (ED) newspaper.

The letter, written by him, has been signed by various cultural organisations in Brabant, including some companies from Eindhoven such as Dynamo, Effenaar and Muziekgebouw. The letter was prompted by the plan of the new Provincial Executive of North Brabant to scrap a quarter of the culture budget for the coming year.

Coronavirus
According to Ten Thije, such a measure would already be terrible under normal circumstances, but at this time it would be completely irresponsible. The cultural sector has been hit “unprecedentedly strong” by the virus and, according to him, is struggling unprecedented in the 1.5 meter society.

“The cut that is now being proposed shoots us and shoots Brabant in the foot, standing at the start of perhaps the most important marathon of our lives”, says Ten Thije.

In the eyes of the organisations, the cultural sector ensures social cohesion and makes Brabant attractive to both tourists and businesses. That is why the writer appeals to the new Provincial Executive.

“For the first time in years, Brabant will be in the spotlight this year for new financing from the national government. Years of sowing are about to be harvested. The foundation for a firmer, higher tower is there. This beautiful moment, which we now need twice as much, does not ruin it. What worries us most and hurts us is that this plan gives a bite to our resilience and togetherness. These cutbacks compel us to stop looking forward, but to do everything we can to survive,” says Ten Thije. 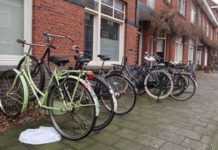 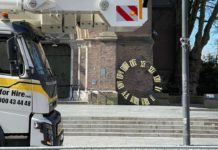 Catharina Church temporarily without a clock