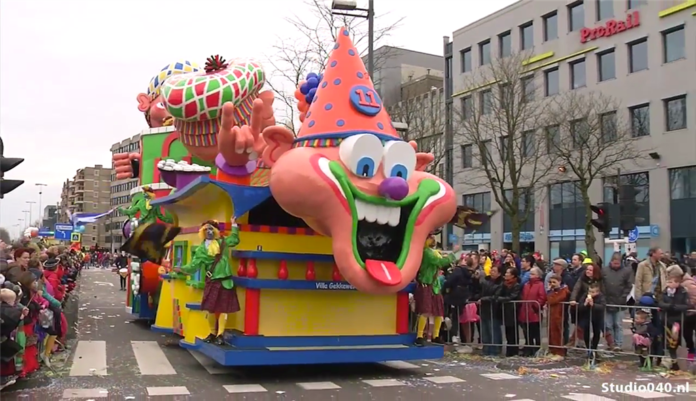 For the upcoming carnival weekend, the wind is going to howl again! Carnival lovers, the organizers and participants of parades alike, must take into account heavy gusts of wind. Especially on Sunday when another storm is predicted to hit.  Wind forces of 6 to 7 are expected, which means gusts of wind up to ninety kilometres per hour!

The past two weekends have already been stormy, and it is not expected that the coming weekend will be much different. Weather forecaster Britta van Gendt from MeteoGroup says that the wind will start picking up on Friday. “Even though the weather is nice, dry and sunny.”

On Saturday there will be a strong wind again, but it should remain dry during the day.

Parades on Sunday, such as those in Tilburg, Prinsenbeek and Helmond, run the greatest risk. “Besides the strong wind, we may also have to deal with a lot of rain.” Furthermore, running a parade at a time when the wind has subsided will be difficult to time because there will be gusts of wind all day long. In addition to Tilburg and Helmond, many smaller towns and villages also will have their parade on Sunday.

And so it will be exciting again for everything and everyone who is involved in a carnival parade this weekend. It was the same last year. Due to turbulent weather, it was touch and go in the run-up to the party weekend. Then the organizers met in Den Bosch and Breda on the Monday morning before to decide whether they could continue. The dice fell in favour of both parades going ahead. In 2016, parades had to be cancelled in Den Bosch and Breda due to bad weather.