Home NEWS Business Did you know the airport runs on renewable energy?

Eindhoven Airport is one of four Dutch airports that has been running on renewable energy since the beginning of last year.

It, along with Amsterdam’s Schipol Airport, Rotterdam The Hague Airport, and Lelystad Airport, is part of the Royal Schipol Group. Annually, these four airports use the same amount of electricity as 60,000 households. This is equivalent to a town the size of Delft.

From 1 January 2018, these four airports have run exclusively on renewable energy produced in the Netherlands. “We wanted nothing but sustainable power generated in the Netherlands,” Jos Nijhuis, President and CEO of Royal Schiphol Group, said when the company released the statement concerning this switch. “After all, one thing is certain: aviation can and must be made more sustainable.” 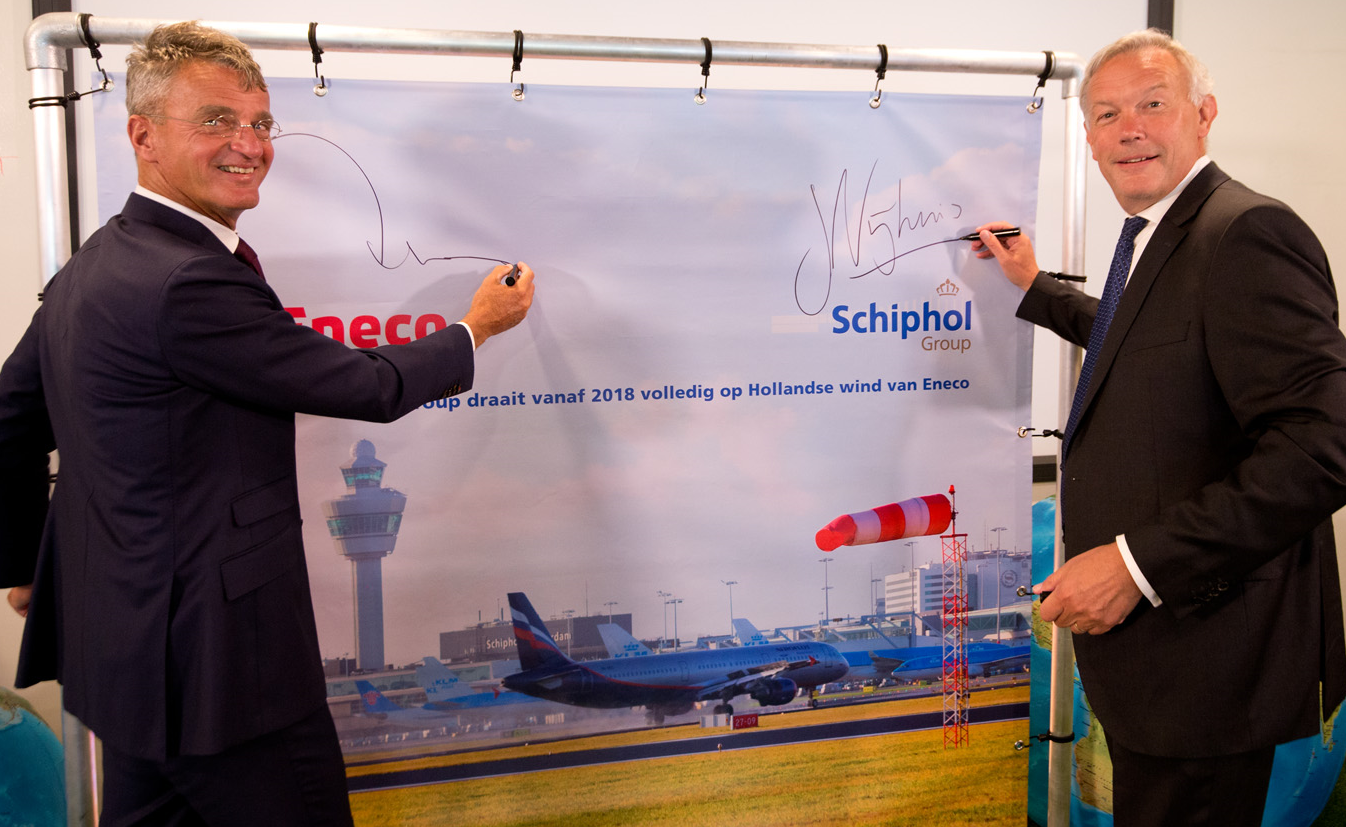 The renewable energy is being delivered by the Eneco Group. They signed a 15-year contract with the Royal Schiphol Group. The first wind farm was opened in April 2018. The idea is that by 2020, all of the electricity needed by the airports will come from newly-built Dutch wind farms. According to Eneco, until then, the energy will be delivered via a combination of newly-built wind farms and already-existing sources of renewable energy within the country.

Making airports more energy efficient is an excellent way to start addressing air travel’s massive, ever-increasing carbon footprint. The Netherlands is not the first country to do so. Globally, more than 100 airports produce at least some of their energy from a renewable source such as solar power.

Business sector must be more sustainable

More and more leaders of industry are recognising the benefits of using clean energy. It is not only good for the environment but there are also economic benefits. “For energy transition, it is crucial for the business sector, which is by far the largest energy consumer, to embrace sustainability,” Jeroen de Haas, CEO of Eneco Group says.

“Pioneers such as Royal Schiphol Group are consciously choosing new, sustainable forms of production. They are therefore setting the tone for others. We are also helping Eneco Group to invest in wind farms and other sustainable energy sources.”

There are important elements of this collaboration with Eneco. “All the Schiphol Group airports are involved. Additional sustainable energy sources will also be developed in the Netherlands. This will allow our airports to increase their sustainability and offer economic benefits,” De Haas concludes.

Students pitch ideas for their own companies at Startup Festival

Debate evening: Should Eindhoven have fewer or more high-rise buildings?