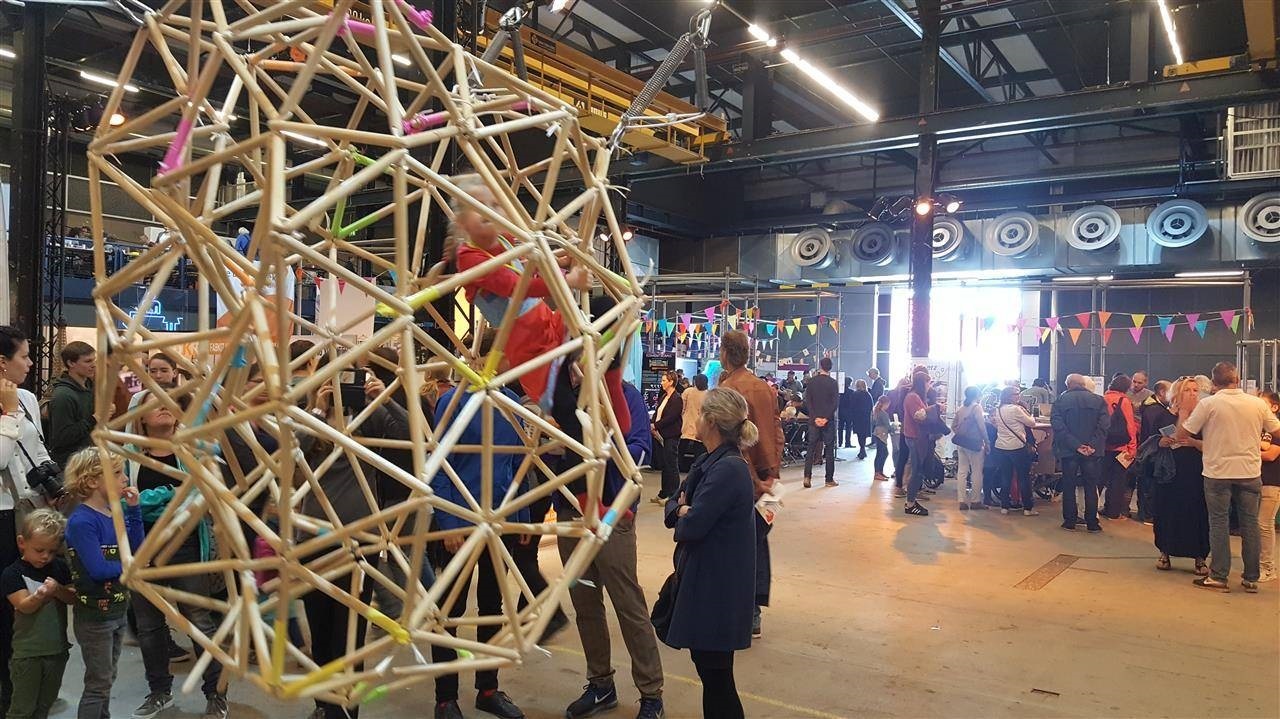 The annual “Maker Faire” at Eindhoven’s Klokgebouw drew a large number of visitors, as usual. This weekend, the art of creating items took center stage.

It was the fifth time this fair was held and second time it took place in the Klokgebouw and at the Ketelhuisplein. Visitors were able to watch talking and moving robots, witness demonstrations of 3D-printing and watch self-driving cars.

Visitors were not just passive observers. They were offered opportunities to show how creative they were.

Children and adults could demonstrate their technical skills and let their creativity run riot. They could take part in designing and building items themselves. A variety of materials were available. Visitors were even able to show off programming skills, or demonstrate their ability to create mini robots.

The event was held at the Klokgebouw for the second time. The reason for a move to the Klokgebouw and Ketelhuisplein is the ever increasing number of visitors.

The VDMA building simply is no longer large enough to cope with the crowds this event now draws. Last year, it attracted 10,000 visitors. According to Eindhovens Dagblad, this year the annual event attracted 15,000 enthusiasts.