In September 11th – 14th, Eindhoven hosted the Infra Eco Network Europe (IENE) conference at the Evoluon. The conference celebrated the conclusion of the Dutch Multiyear Defragmentation Program (MJPO) and held 11 field trips to sites of the program. Over 370 experts representing 38 countries participated and discussed the latest research and project outcomes in the field of ecology of infrastructures.

IENE started in 1996 as a network of experts in the transportation and infra-structure ecology fields. Every year the network organises a conference to discuss the latest research and project outcomes in this field of ecology.

This year  the the conference took place in Eindhoven at Evoluon to present the results of 15 years of work within the Multiyear Defragmentation Program (MJPO) and celebrate its conclusion.

Adam Hofland, chair of the IENE 2018 organisation committee and coordinator from the MJPO project explained the motto of this year’s conference, “Crossing Borders for a Greener and Sustainable Transport Infrastructure”, in the opening session.  “This motto relates to the intensive cooperation with the organisation committee, to the cooperation between the Netherlands and Flanders and relates to ending of the Dutch defragmentation program, the MJPO”.

The conference attracted 377 participants from 38 countries all over the world. Some of them traveled over 16 hours, to learn and bring back home ideas that can be adapted to their own ecological problems.

Experts and specialists had the opportunity to connect and discuss the connectivity of nature areas, climate-proof networks, sustainable roadside management, how to set up roads to prevent collisions with animals, the issues in the management and maintenance of wildlife facilities and ecoducts among other topics.

The conference lasted 4 days and offered 150 presentations, 13 workshops, posters and 11 excursions to MJPO locations in The Netherlands and Belgium.

Eindhoven was the perfect place to host IENE 2018 according to Camiel Meijneken, part of the organisation committee, because the MJPO project joined efforts from Noord-Brabant and Flanders in several occasions and Eindhoven’s location in south Netherlands, close to the Belgium border symbolizes this collaboration.

In 1990, the Dutch government estimated the area of conservation parks to be 435 thousand hectares [1]. In the same year, the National Ecological Network (NEN) was introduced in the Nature Policy Plan by the then Ministry of Agriculture, Nature Management and Fisheries with the aim to reduce the loss of biodiversity in the Netherlands.

However, the actual scenario of biodiversity decrease worldwide, in which 42% of terrestrial animal and plant species and 60% amphibians have declined in population size (23% are threatened with extinction)[3], makes the need for other conservation measures clear.

National transport infrastructures like railways, waterways or roads, often cut the Dutch conservation areas, restricting the wildlife to small and isolated habitat areas. This limits individuals exchange between populations and prevents their migration when living conditions deteriorate increasing the chances of extinction.

Now, at the end of the program, 178 obstacles to the wildlife were eliminated by building ecoducts (green bridges), wildlife underpasses, wildlife overpasses at tree crown level, eco-culverts and hop-overs creating an extensive network of habitats.[5]

Different animals need different kinds of infrastructure to be able to pass from one conservation area to another.

Tree bridges – Amsterdam and Flanders have built aerial passages for squirrels to enable them to go from the Vondelpark to the nature area around the city. This  reduces the traffic related deaths thus preventing a decline in the squirrel’s population.

Wildlife Tunnel – animals like badgers, foxes, weasels and rodents can use tunnels across roads and railways to move from one area to another in safety. Noord-Brabant alone has about 600 of these tunnels. [6]

Water Passages – are useful mostly for fishes and amphibians which use these small underpasses across roads and railways to migrate and interact with other populations.

Wild animals making use of wildlife tunnel installed within the MJPO project.
Source: Provincie Noord-Brabant. Video made possible by Rijkswaterstaat.

Ecoducts – are bridges over highways or railways that may have from 40 m to 60 m width and allow all kinds of fauna to cross safely. They usually contain not only open spaces and more dense vegetation but also wet areas for amphibians. On these bridges it is possible to find big mammals such as deers and wild swines, small mammals such as badgers, foxes, weasels and hares, reptiles, amphibians and insects like butterflies and bees.

There are other structures that allow the connection of natural areas, the above mentioned ones are examples of the elements used to facilitate the passage of fauna.

In Eindhoven area there are at least three ecoducts in opration. Two are located in the “Groote Heide”, one of them crosses the highway A2 connecting the Groote Heide and Valkenhorst nature areas and a fourth ecoduct is under construction.

The ecoduct Leende is 50 m wide and stands at Valkenswaardseweg close to Leende. It crosses the N396 and connects Valkenhorst nature reserve with Leenderbos. This ecoduct can also be used for cycling as it also integrates two bike lanes on the sides.

“Groene Woud” ecoduct inaugurated in 2005 and is successfully functioning until now. It is 50m wide and includes wet land areas for amphibians, hence allowing all kinds of animals to use it.

This ecoduct connects 2 important conservation areas which, together, amount to 300 hectares, the largest reserve of Brabant and therefore the only one able to receive a herd of red deers. The camera traps on the bridge show the animals making use of it.

The last ecoduct in Eindhoven area is “De Mortelen” which is under construction and will reconnect the natural area “het Groene Woud” by providing a wildlife overpass over a very busy 4 track railroad. It is also one of the last construction works happening in the region within the MJPO program.

The Red Deer is back to Noord-Brabant

The red deer used to be present everywhere in the Netherlands, but the habitat destruction and fragmentation combined with excessive hunting led it to extinction in the 17th century.

Now, with the new guidelines for the Dutch conservation policy and the implementation of the defragmentation program, the red deer could be reintroduced in Dutch nature.

More specifically they were reintroduced in “De Scheeken” and “De Mortelen” (between Best and Liempde) natural areas which are connected by “het Groene Woud” ecoduct. Both parks together form a continuous habitat of 300 hectares, the minimum necessary area for these big mammals.

Fences surround the natural areas completely not only to prevent the deers from accessing the highway and put themselves and the drivers in danger but also to stop them from damaging crops around the park.

Brabants Landschap and ARK Natuurontwikkeling were the institutions responsible for the red deer reintroduction project that brought 13 individuals, equipped with GPS collars, in March of 2017. The reintroduction has been very successful since the herd already produced new calves and continue having very healthy adult individuals.

Next steps for defragmentation

Rijkswaterstaat was the government institution responsible for the development of the MJPO project while ProRail executed the infrastructure construction.

Adam Hofland, coordinator from the MJPO for Rijkswaterstaat, clarified that no follow ups of this project are foreseen in the format of a program. Therefore, the further defragmentation of the natural areas in Noord-Brabant and the rest of the Netherlands will depend on future governmental decisions.

Regarding new transport infrastructure, the legislation demands new roads and railways to include wildlife passages in order to keep the coherence of the national ecological network of the Netherlands and protect the native wildlife.

MJPO already represents a big step for wildlife protection in the Netherlands. It solved 178 of the 215 ecological barriers identified initially and as a result many animal populations, like the badgers, are increasing and reaching sustainable population sizes demonstrating that the program has been very successful.

Noord-Brabant’s wildlife passages will continuously be maintained and monitored by Brabants Landschap, meaning that the achieved progress will continue to benefit the region’s wildlife.

for Eindhoven News by Diana Bizarro 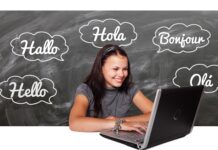 3 February 2023
A competition between thirty Lego robots created by children from primary and secondary schools in the region. The competition is scheduled for Saturday, during...