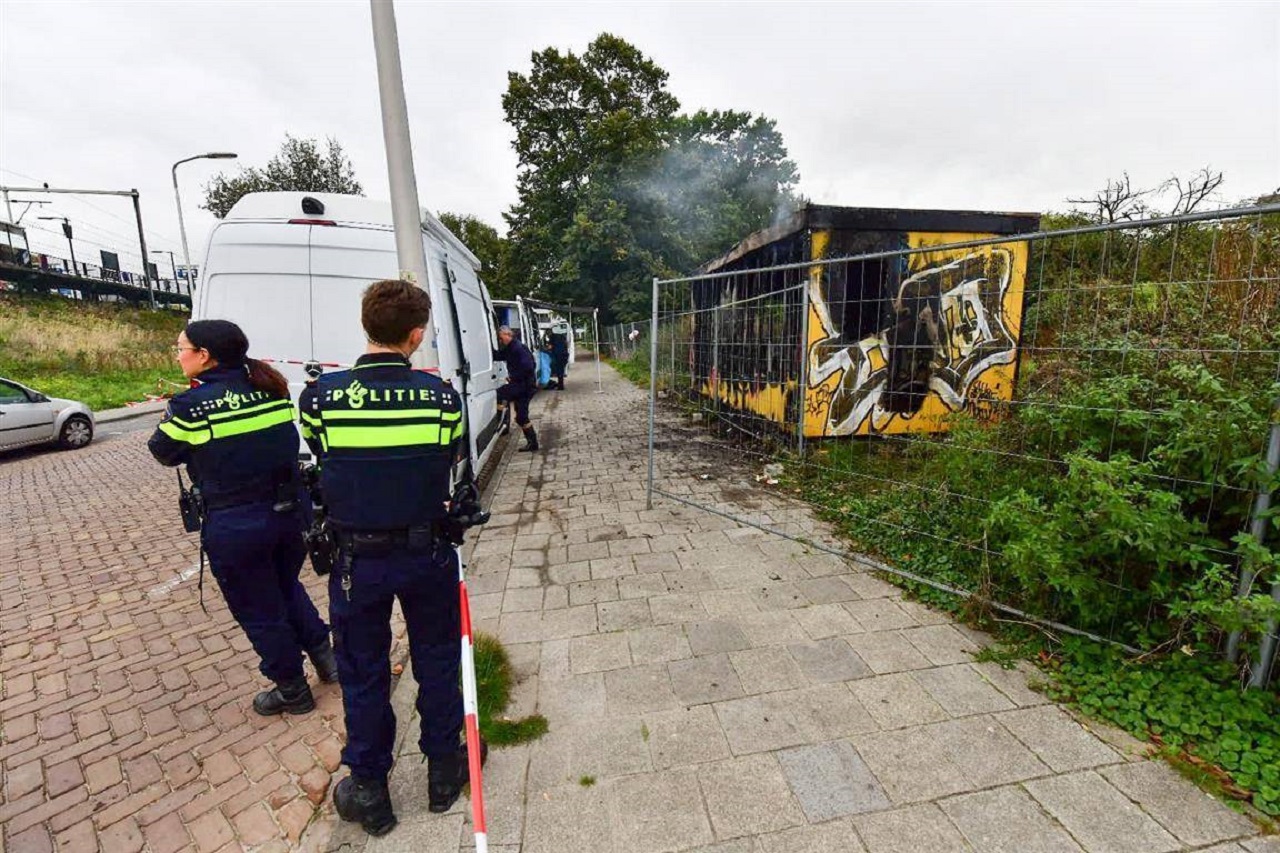 The victim of the container fire along the Achtseweg Zuid in Eindhoven Thursday night, has been identified. Police reported, he was a 39-year-old homeless man.

Friday, a 35-year-old man from Eindhoven was arrested. He remains in custody.

The criminal investigation is still in progress. The exact cause of the fire remains unknown.

The 35-year-old man became a suspect, after a fire on the Kennedyplein. The fire started after the fire at the container. The second fire was reported Thursday night.

Two NS security staff had spotted someone lighting a pile of garbage. When officers arrived on the scene, they found a man who fitted the description reported to police.

By now, the man is suspected of also being involvement in the fire which claimed the life of the homeless man. The suspect is known to police from earlier incidents.