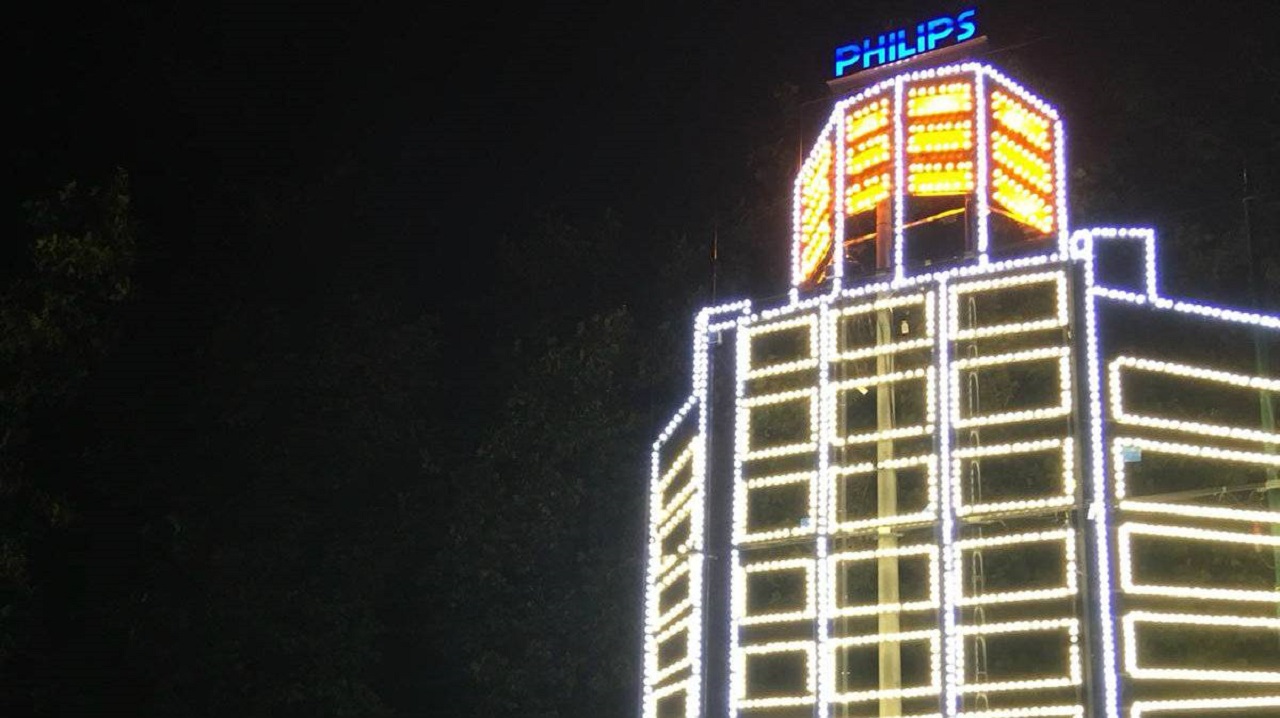 “At the Zwaanstraat, the Vestdijk, the tunnel, there are dark areas. Then you see, people drop out. They do not continue the route.”

Yet Baijens also noticed quite a few improvements this year. The “Wheelstour” has never before been so successful: “We even added an extra evening”.

The evening for cyclists was also a huge success, despite the rain. “With all those tires at various places – it was very busy and cozy. All the people stood there in the heavy rain: these are the hardcore fans”.

Baijens presumes not all roadworks in the city will be finished next year. “But we’ll see how we’ll organize things. In the end it’s all about the lights”.

He adds: “This year we had the Lichttoren at the Burghplein. It was so beautiful. As it the tower really stood there. It was simply beautiful and that’s what Eindhoven’s Lichtjestour is all about”.