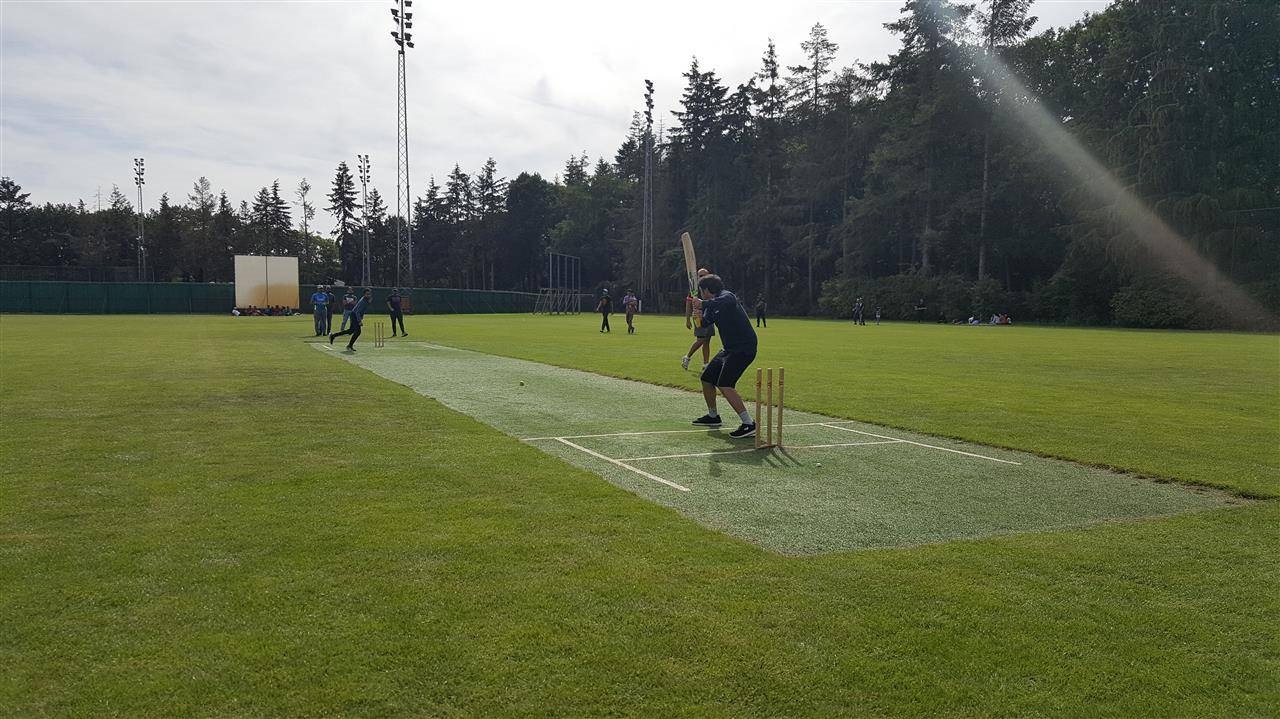 The number of members of Eindhoven’s Cricket Club is growing fast. The increase is mainly due to an increase in Indian expats, in the Eindhoven region.

A year ago the club numbered a mere twenty-five members. Now, there are already fourty-five members. Most of these come from India, where cricket is a very popular sport. Some of Eindhoven’s new cricket enthusiasts also come from Pakistan and Afghanistan.

“We meet here, to practice our passion: cricket. The social element is also important. We share the love for the sport, and we all live far from home, coming from the same home-country. We also come together for fun: our wives and female relatives and children are here today too,” says chairman Balaji Adhimoolam while watching a match. Years ago, he and his family came to Eindhoven to work at ASML.

Eindhoven’s cricket club wants to attract more members. It intends to grow from the steady influx of expats in the region. Not that the club only wants to interest expat grown-up men in cricket.

As Mr. Adhimoolam points out: ‘In the long term, we also want to set up youth teams and a women’s team. We also hope to interest Dutch members to join us’. In order to grow, the club is also trying to attract sponsors from the technology sector, but this is not easy. Until now, the club has had to make do using sports park De Heihoef. Eindhoven’s municipality does not grant any subsidies.

In order to become more successful, the club appointed a Dutch advisor: Albert van Rijn, former cricket player of the Dutch team. Van Rijn: ‘Cricket grows in places where there are many knowledge workers. This is the case here, but also in many places in Germany. In about twenty countries in the world, cricket is played seriously, at a professional level. After all: cricket is the biggest TV sport in the world – after football!.

The Eindhoven cricket club has to move within a few years. De Heihoef will welcome more athletes. Football club RPC will move from the Aalsterweg to another location. This means, the cricket club will move back to the grounds of VV Gestel.