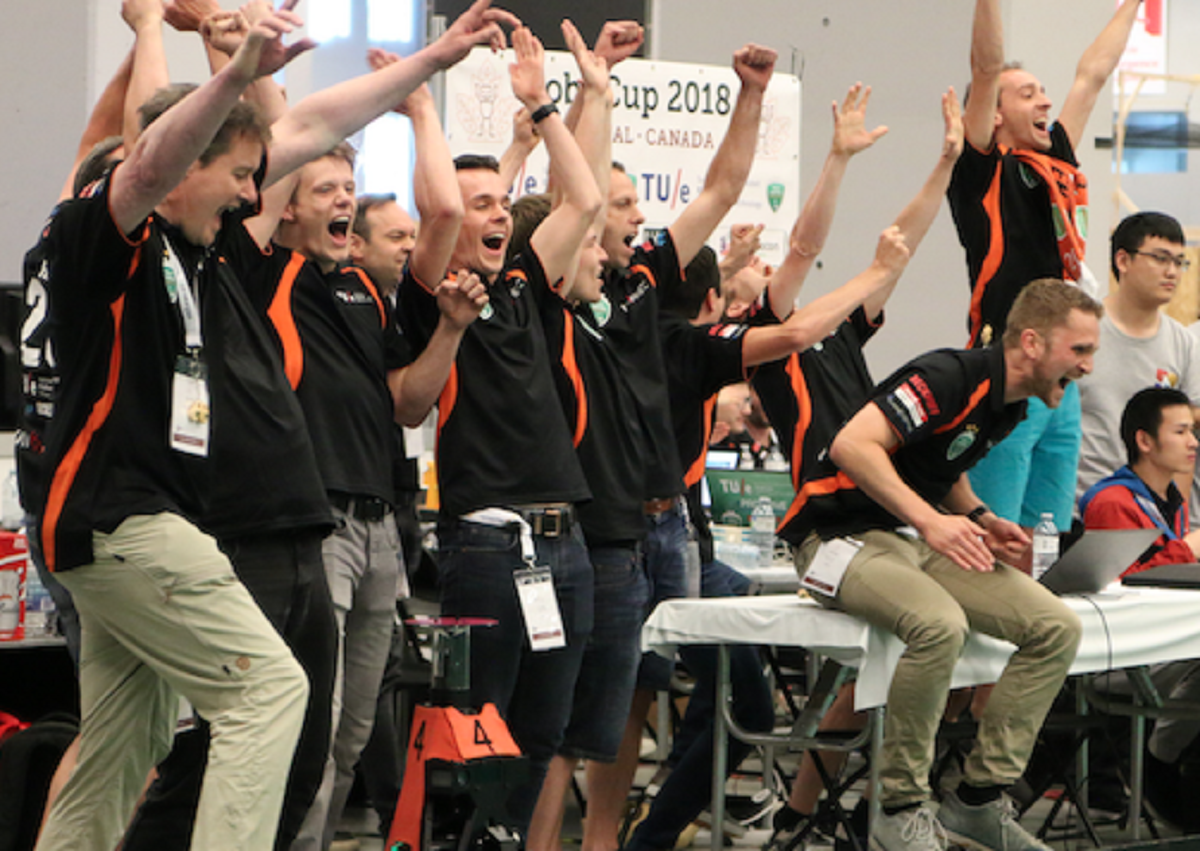 The TU/e-students won the gold again in Canada at the world robot football championships. This time the Portuguese university team Cambada was beaten 1-0.

Tech United reigned supreme through the whole tournament. They won all twelve qualifying games in the first rounds. In the semi-finals, the robot football players dispatched with Chinese Nubot 9-0.