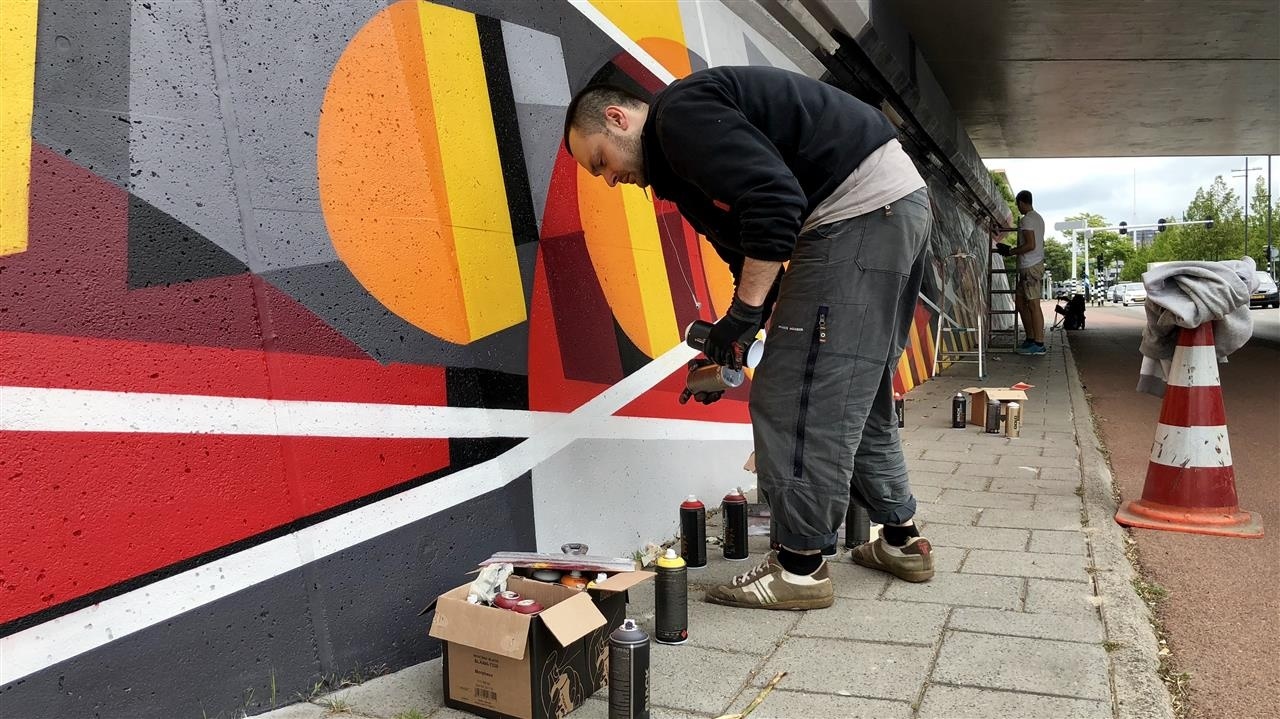 In Eindhoven, more and more tunnels are being brightened up with graffiti art.

This week two Russian artists are working on the viaduct at the Noord-Brabantlaan. Petro and Snail are the two ‘artists’.

They are leaders of the Aesthetics Group from Moscow. The two members of this group are known all over the world, for their tight geometric shapes and use of colour.

The two are inspired by the modern Russian artist Lissitzky and create their street art all over the world. That’s why they visit the Van Abbemuseum during their Eindhoven stay. There are several works of Lissitzky at this museum.

The work created in the tunnel is part of Eindhoven municipality’s Tunnel Vision project. Many tunnels in the city are being spray-painted, as an expression of ‘urban culture’. The project also ensures such places are embellish and made safer. Tunnels and viaducts are perceived as dark and unsafe.

Interested in creating your own graffiti? Pick the wrong spot and you may be fined. Read our ‘Eindhoven Bucket List’-post.