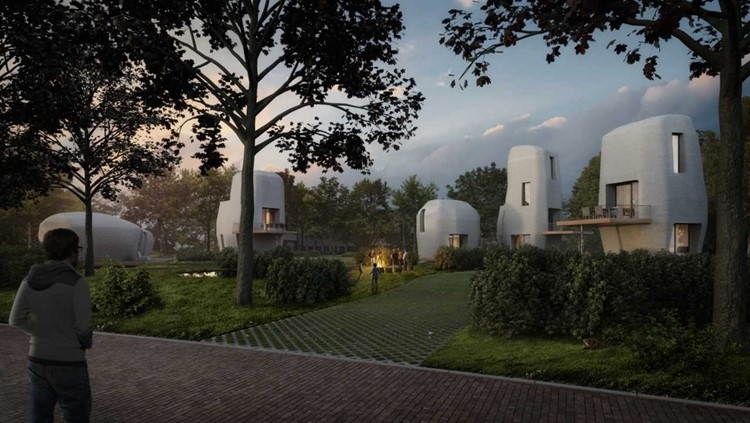 In the Eindhoven neighbourhood of Meerhoven, the first 3D-printed home will be built next year. The city will have a world premiere.

On Wednesday afternoon, Milestone officially kicked off. It concerns five concrete-printed residential homes. Six parties are involved in the project. The Municipality, TU/e and the Van Wijnen, Vesteda, Saint Gobain-Weber Beamix, and Witteveen + Bos companies will supply the first home in Bosrijk park in Meerhoven. The five houses have been designed by Hamilton/Victor architects.

Bicycle bridge
The TU/e has been working on printing all kinds of building components for years. Only last year, a bicycle bridge,  which is now in Gemert, rolled off the printer. The enormous printer is in a massive warehouse at the Eindhoven University. The plans for a first home had also already announced.

Many advantages
According to the TU/e initiators, the new technology offers many benefits. Concrete printing is cheaper, more efficient and faster than traditional building. The technique provides more opportunities to work with various forms, and more complicated and accurate construction will be possible. Work can be done 24 hours a day, without construction workers suffering from backaches. In addition, building materials can be more efficiently handled, which is better for the environment. After all, it lessens CO2 emissions.