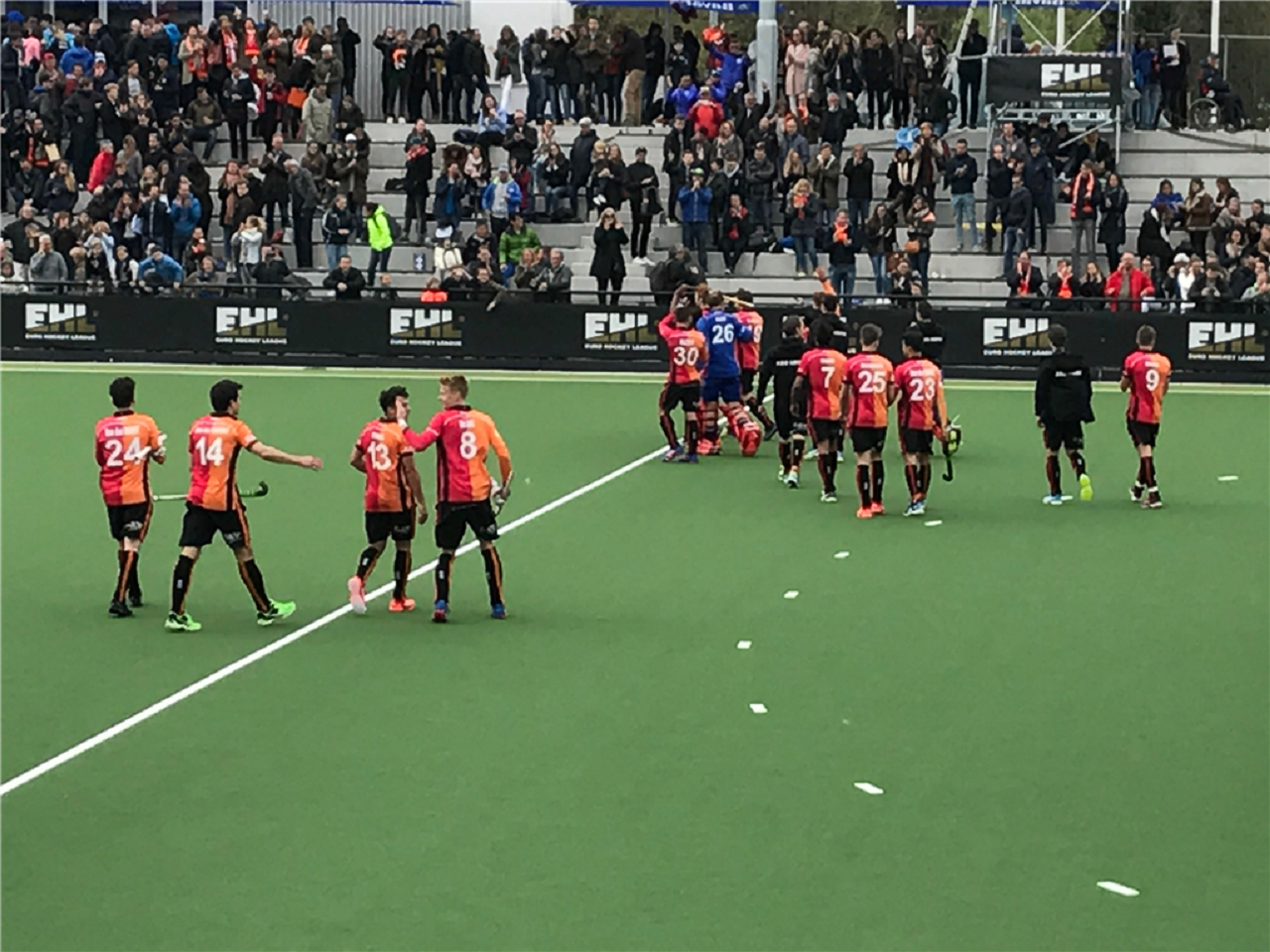 The men of Orange-Rood beat HGC Sunday afternoon; thus securing a place for the playoffs in the Dutch national hockey championship.

Oranje-Rood’s female team had already secured their participation in the play-offs earlier.

The team defeated HGC with 5-2. The Eindhoven team had already ensured even a draw would be enough to secure participation.

Orange-Rood did not give in nor up: the team scored a further two goals. This time the goals were by van der Weerden and Muhammad Rizwan. Galema scored just before the end of the game as well.

The team left the field with their participation in the play-offs ensured. Kampong, Bloemendaal and Amsterdam had already qualified.

On the 5th of May, the Eindhoven Team will play the first semi-final match at 15:30 in Eindhoven. The finals (also best-of-3) will take place on 13th and 19th of May; and if necessary also on 20th May.