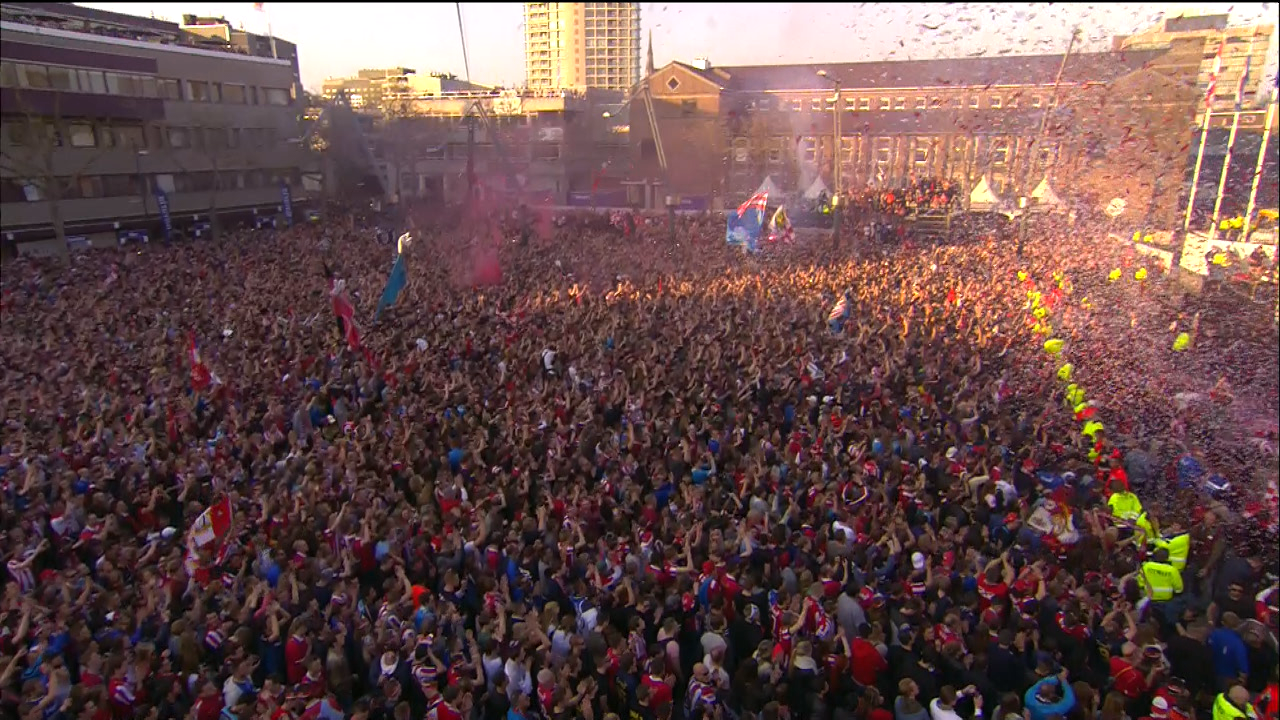 Behind the scenes, work is already underway to prepare for a likely PSV championship celebration. The PSV supporters’ association admits this.

‘Preparations are in full swing. Of course, you shouldn’t sell the skin before you’ve caught the bear. Yet a roadmap is already in place,’ admits chairman Harrie Timmermans.

The supporters’ association is involved in planning the party. The municipality and PSV are primarily responsible for the actual celebrations.

Earlier, the municipality told journalists that in case the club would win, the party would be held a day later, son on Monday. Now, a spokesperson refused to give any information regarding preparations for championship celebrations.

Meanwhile, the supporters’ association is already working on a ‘give away’ for fans. This is a little present given to fans, after the match or during the celebrations.

On previous occasions when PSV won the title, such gifts were for example a paper shawl, or a PSV crown, and even a tiny PSV wuppie (a special puppet collected nationally at the time). A special champion shirt will not be printed.

‘That’s up to PSV. It also requires a very rapid response. You can only order 10,000 special shirts to be printed, when you are absolutely one hundred percent certain you have won the landstitel (national title),’ states Timmermans.