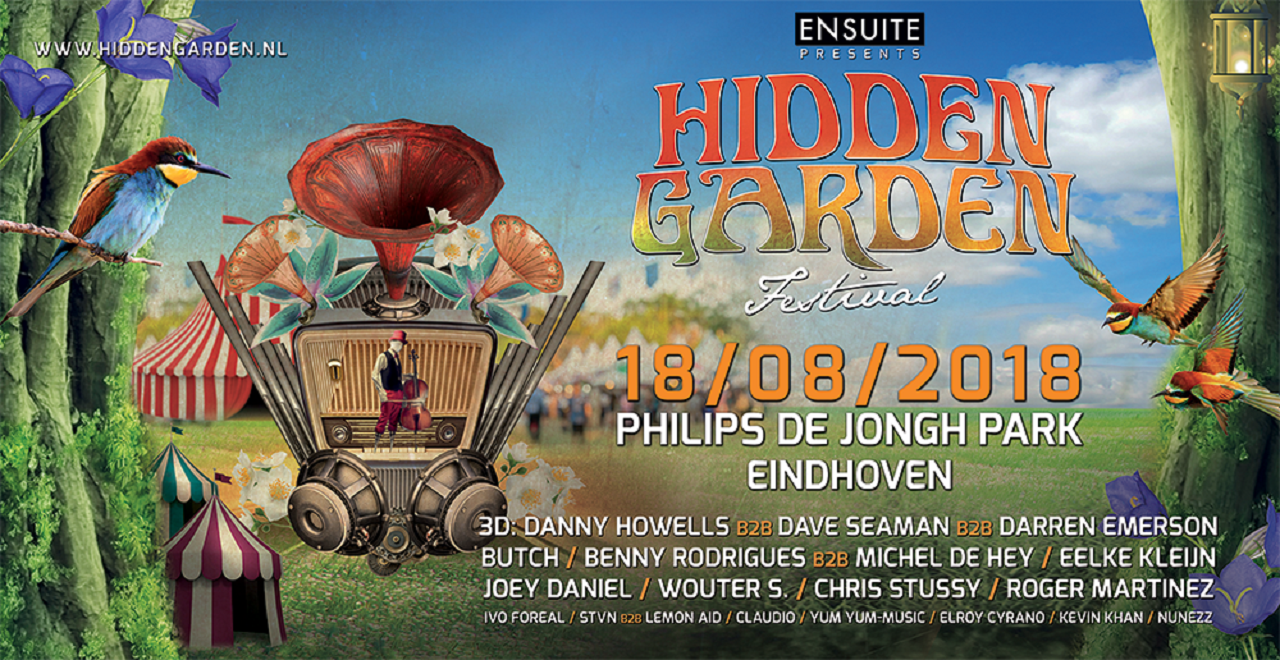 The Eindhoven dance festival Hidden Garden has completed its line-up of performing musicians and bands.

Organiser La Fête 040 organized a try-out in 2016. In 2017, the first full-fledged edition took place. La Fête 040 is one of the most important organizers of house and techno-parties.