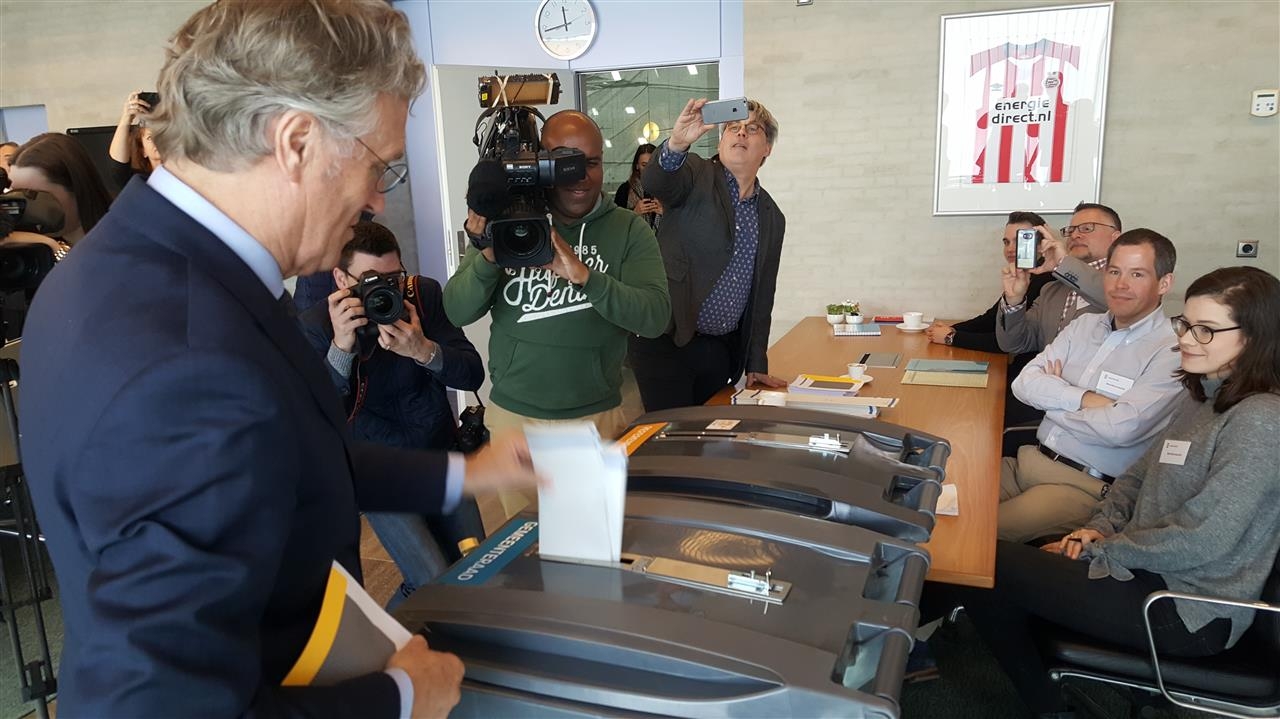 The VVD is the largest party but the Groen links party has the most gains. The rose (PvdA) has shed 2 petals but has held ground. The D66 retains 6 out of the last term’s 7. The CDA has mustered 6 seats while the SP is down to 4. The newcomer DENK has opened the account with a maiden seat and CU remains unchanged at 1. The OAE, LPFE and 50 Plus each have 2 seats. For detailed results https://www.eindhoven.nl/nieuwsarchief/uitslag-gemeenteraadsverkiezing-en-referendum.

The election results have time and again indicated in favour of a coalition. The parties would work on the math based on their chemistry with the other parties. However, the political parties would take care not to align with those parties that don’t go along with their guiding principles. The sitting coalition has the numbers but that is just a speculation. The next few days are going to be interesting to see how the alliances develop. You can get more information on votes per party and votes per candidate at https://www.eindhoven.nl/sites/default/files/2018-03/uitslag%20gemeenteraadsverkiezing%202018%20op%20kandidaatniveau.pdf

Internationals at the booth

The adrenalin rush in the political parties has to become normal before the parties participate in negotiations. A mosaic of emotion, ambition, ideology and statesmanship could unfold…….Little birds on the corridors of the city hall could know more…..Let’s wait and watch.