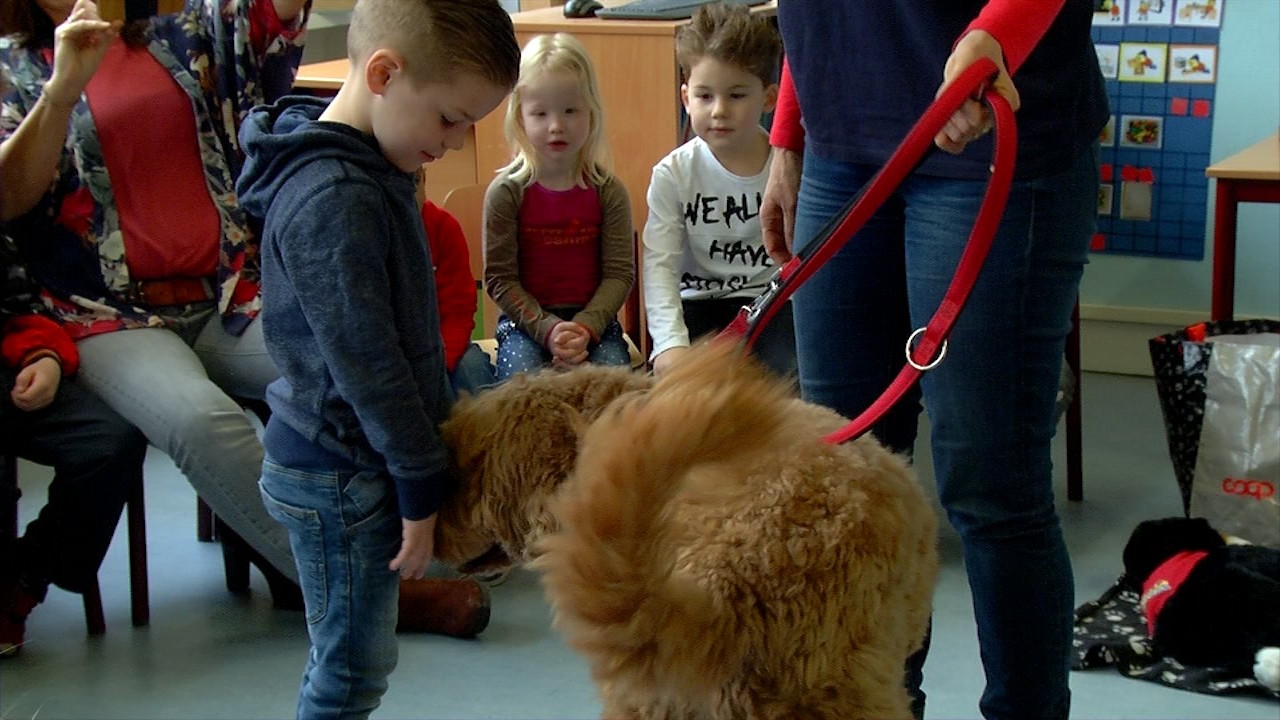 The pupils of De Schakel primary school had a remarkable visit on Thursday. A dog came to the classroom.

The aim of the furry animal’s visit was to help reduce the fear that some Dutch children have of dogs. This, in turn, is hoped to help decrease the number of dogs bites experienced.

Owner, Elvira, and her dog, Mees, gave a so-called ‘Sniffing Lecture’ at De Schakel. The project is meant to improve the interaction between children and dogs. The pupils learn to notice when a dog is frightened or angry, and how to interact with the dog. This should relieve the fear some children might have of dogs, and eventually the number of dog bites.

This is an initiative of the Koningin Sophia Vereeniging tot Bescherming van Dieren (Queen Sophia Society for the Protection of Animals). There are more than 150 000 bite incidents every year in the Netherlands, especially among young children. Research showed that the chance of being bitten decreased enormously after children learn to better interpret dogs’ behaviour.