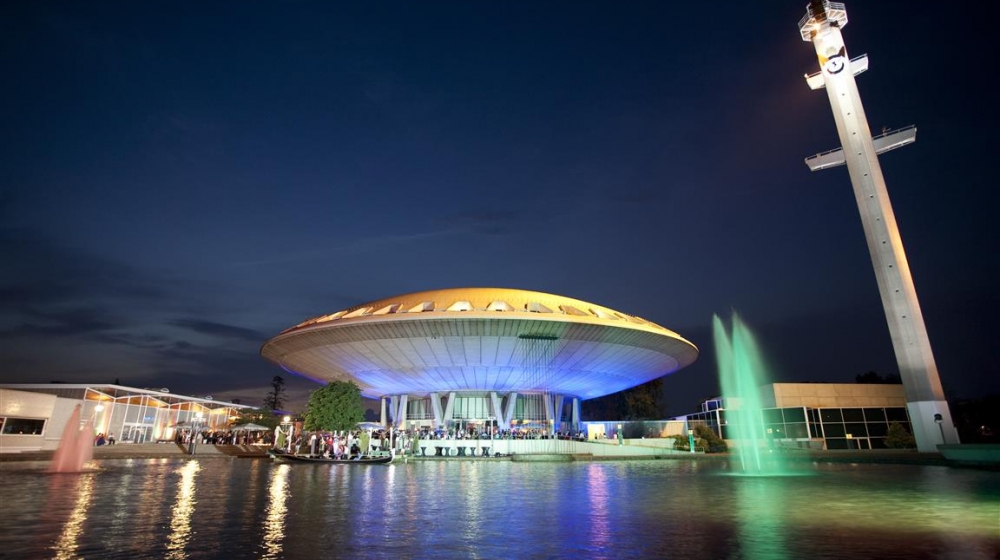 The Evoluon has been designated as a national monument.

The new status of the former Philips exhibition center was made public by the municipality of Eindhoven on Tuesday evening. The procedure to turn the striking building from a municipal monument into a national monument, has been running for years.

Sales
Owner Philips tries to sell the old exhibition centre to real estate developers, but the new status of the Evoluon implies that their possibilities are probably limited. More on the future of the Eindhoven-based landmark will be announced in the course of this year.

The Evoluon is currently rented out as a conference centre in which temporary workplaces and a catering facility are accommodated. A majority of Provincial States wants a national museum of design in Evoluon in the future.

Scope
The scope of the designation includes the exhibition hall on a twelve angular/circular basis with canopy and with a passage connected L-shaped facilities building on the west side, a rectangular terrace with staircase, bridge and rainwater tank, mast and pond and ‘Sonnescheibe’ (Sunshine) sculpture. The designation covers both the outside and the inside of the building.

The later addition on the east side of the Evoluon and the surrounding foliage are not part of the national monument.

The City Council previously stated that from now on any changes to the Evoluon must not only be advised by the local Heritage Commission, but also by the National Cultural Heritage, which minimizes the chance that there will be changes at the iconic building.