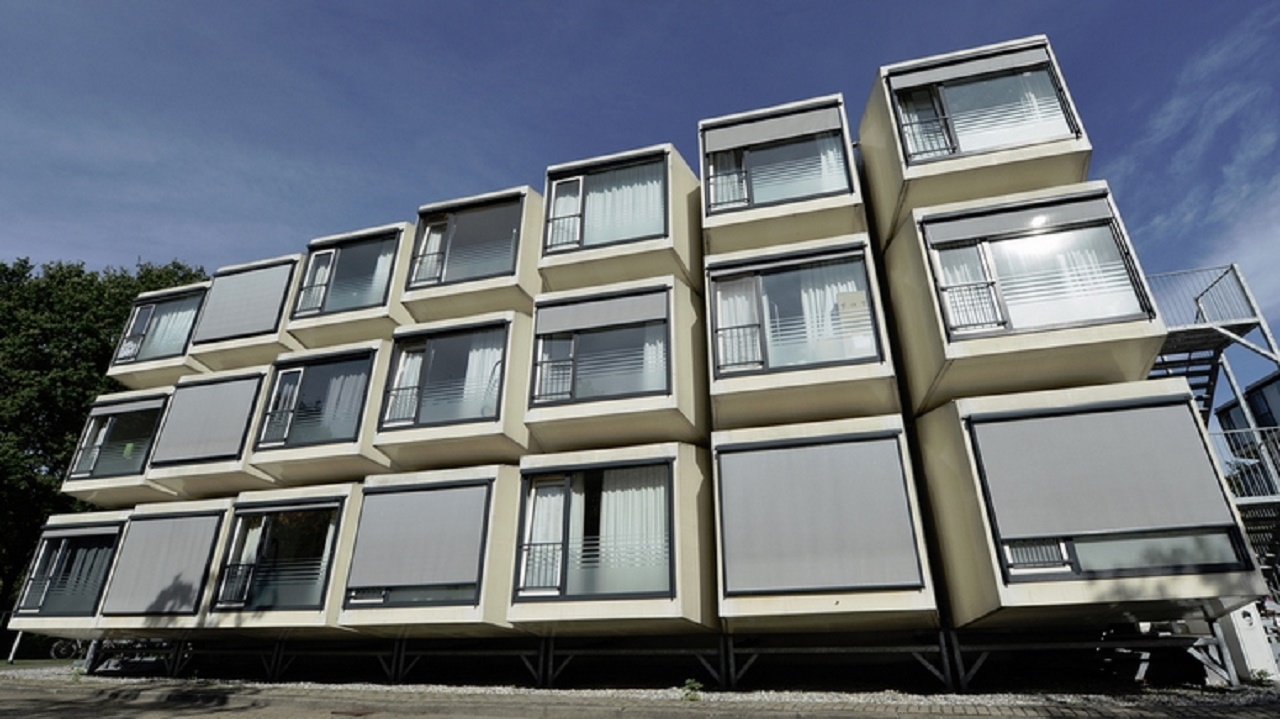 Flex housing will be created in a former office building of Woonbedrijf, along the Willemstraat in Eindhoven.

The studios and apartments are intended for people needing affordable but temporary home fast.

Seventy-nine space boxes which were previously located on the premises of the TU/e were reused to create this housing project. The space boxes were used as living space by mostly international students.

Twenty-seven of the space boxes were moved into the former office building.Twenty-eight were placed against the rear of the building. The remaining ones are located along the Vonderweg.

The houses must be ready to receive tenants at the beginning of March.

The Flex residences are intended for tenants who need living space in Eindhoven fast, but do not qualify for social housing quickly enough. Reasons may vary from divorce, or someone not residing in Eindhoven but starting a job here, to refugees with a permanent residence permit.

The flex houses are intended as temporary solution. Because of this, tenants up to 28 years of age will get a rental contract for a maximum of five years. Older tenants will be allowed to rent for at most two years.