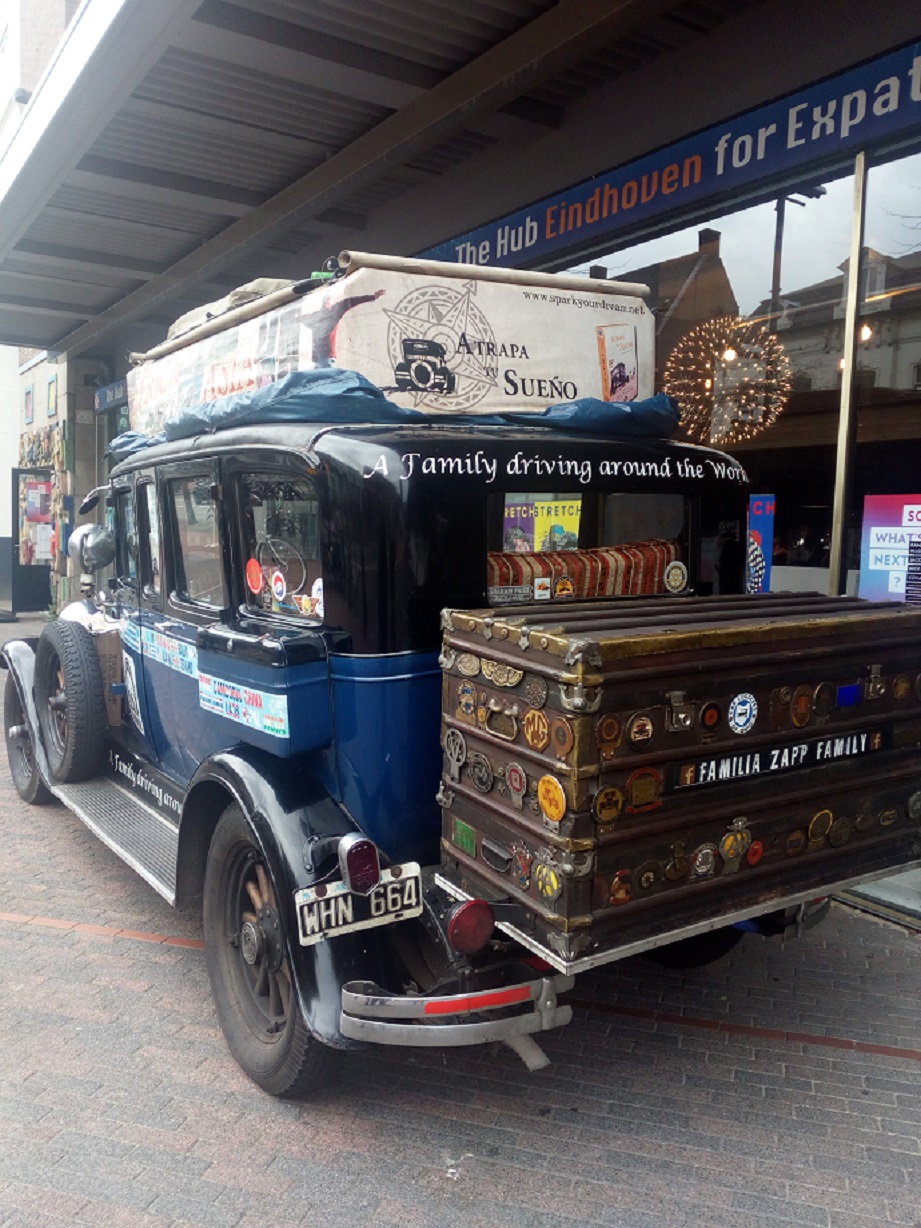 It was standing room only at the Hub Eindhoven for Expats on Saturday evening. El Centro Latinoamericano de Orientación (the Centre for Latin Americans) hosted an event where people could meet the Zapp Family.

For those of you who do not know, Herman and Candalaria Zapp have been travelling the world since 2000. Not only that, they have been doing so in a vintage 1928 Graham Paige car, and have had four children, all born in different countries, along the way.

My husband, Michael, and I had the privilege of attending this event, and meeting Herman and Candalaria. We had read about this incredible family while still living in South Africa, so to get to meet them, and hear their amazing stories – there are many of them – was a wonderful experience. 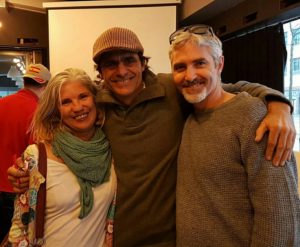 Me, Herman Zapp, and my husband, Michael.

“The best part of a dream is to live it”, said Herman. He, and his family, have done just this for the past 17 years. They set off on their journey in Argentina, with the intention of getting to Alaska in six months. This leg of their incredible journey ended up taking more than three years. “Spark your Dream” is a book they have written about this leg of their adventure through the Americas. has been Since then, they have been to more than 80 countries, and have driven over 300 000 km in their “home”. 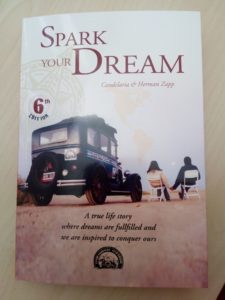 This book was first published in Spanish in 2005, and has since been translated into English, with the edition being presented at the Hub being the sixth edition.

“You call it a car, we call it home”, says Herman about their vintage car. “We might have a tiny house, but it has a beautiful big backyard.” The Zapps say that most nights they were invited to sleep in people’s homes. “We have slept in over 2 000 families’ homes”, says Candalaria. “They open their most treasured possession to us – their family”, adds Herman.

Herman’s advice to anyone who has a dream they want to follow, is not to wait. “If not now, then when”, he says. “We are not how we pay our bills, or our names; we are our dreams. Go! People will be there waiting to help you. It is amazing how people want to be part of the dream.”

Saturday night was their last night in their month-long trip to the Netherlands, which was part of their trip through Europe. They are going to Belgium next, and then France. Candalaria says they still have lots of travelling planned for the future.