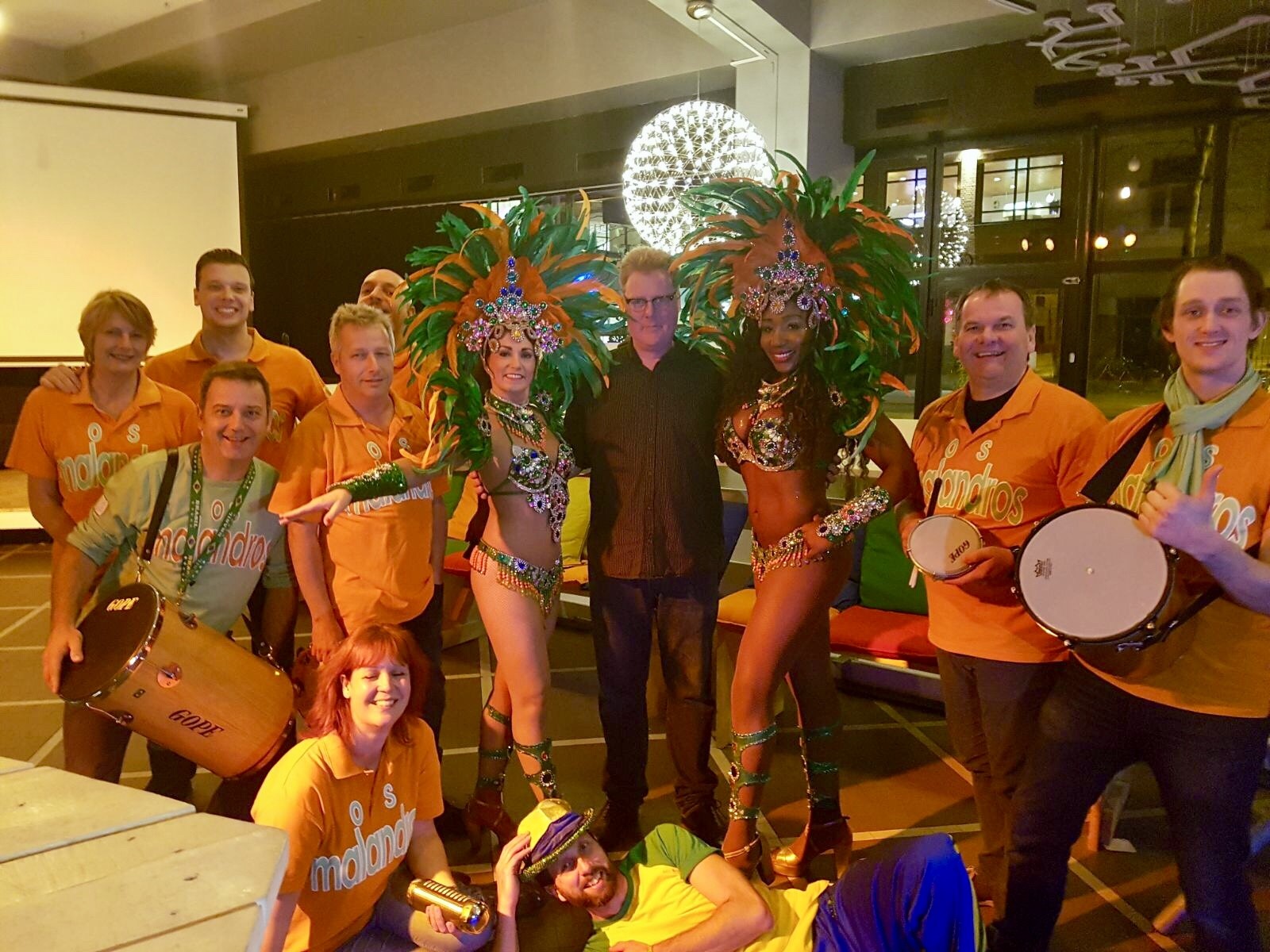 Many people came to say goodbye and thanked him for his unremitting commitment.

There was a splendid performance by Os Malandros, the famous percussion band, which always organizes and performs the musical program annually during the Latin American Carnival at the HUB. The revolving music was a reproduction of the turbulent times that Joost has experienced since the founding of the Hub 7 years ago.

The next phase of the HUB focuses on professionalism and growth. The current chairman of the HUB, Bas van de Kieft, mentioned in his farewell speech that Joost would be missed. Joost said in his speech that he would also miss the HUB but that he had all confidence in a prosperous future.

As a farewell gift, a symbolic round lamp reflecting the globe with a light bulb on the inside (the light Joost sparked with his initiative), was given to him on behalf of the Hub.

One year earlier the other founder, Lin Pender, left the Hub to live in sunnier places with her husband Andy.