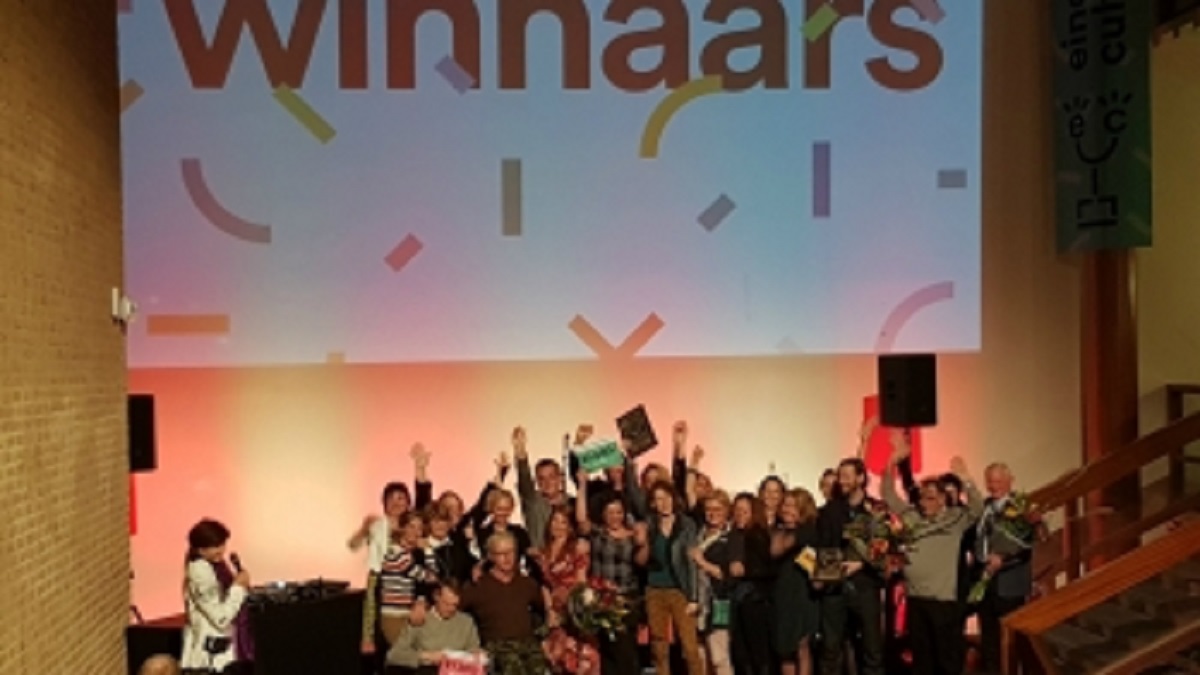 The art project Supertoll! has won the Culture Award Eindhoven. Artist Tijs Rooijakkers received € 7,500. The artwork can be seen at the HOV-station, busstation, in Woensel.

The artproject is a big spinning top, toll made of wooden planks with texts written on them. Over a period of three years, people from Woensel wrote their wishes and dreams on these planks, of which, the top was eventually made.

The Stimulation Award went to cultural entrepeneur Gianni Jorissen. He organises cultural events in the city, and is involved in concepts like Culture/club and De Bron.

The Public Award of € 5,000 went to the Eindhoven theatrical company Het Salon.