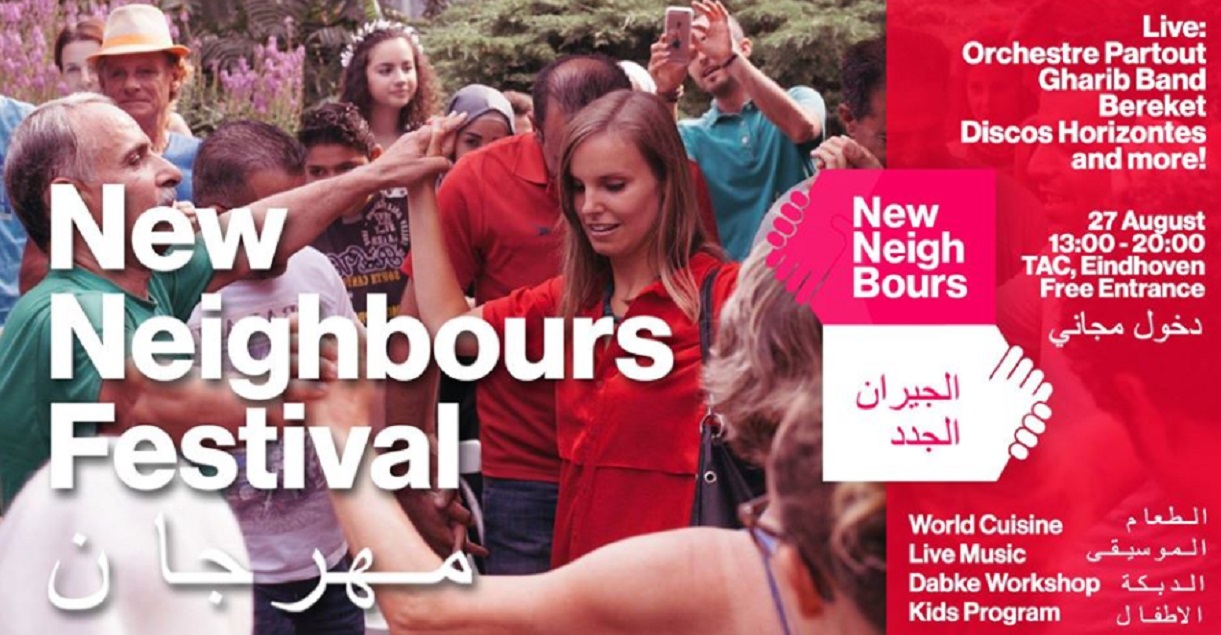 On Sunday, the New Neighbours Festival took place in the TAC in Eindhoven. The festival aims to introduce newcomers to people already living in Eindhoven.

This free festival wants to show that new neighbours, who fled their country of origin, bring along rich and varied traditions. It aimed to show how cultural differences can be enriching.

Throughout the day, there were various activities. Asylum seekers from Eindhoven’s Youth House offered dishes and snacks from different countries. Children had the chance to participate in a special children’s program. The Arab dance group, Dabke, offered a workshop where people could practise together.

Several musicians played in the TAC’s garden. These included the Orchestre Partout, which was founded in the Alkmaar AZK.  This band consists of a various musicians from countries like Eritrea, Afghanistan, Iran, and Syria.

Another band, Sarsaria, was formed when Syrian musician Wasim Arslan met Arjan Amin, who is from the Netherlands. Both bands are very successful and have performed at various concert halls, including Paradiso, as well as at festivals like Mundial.