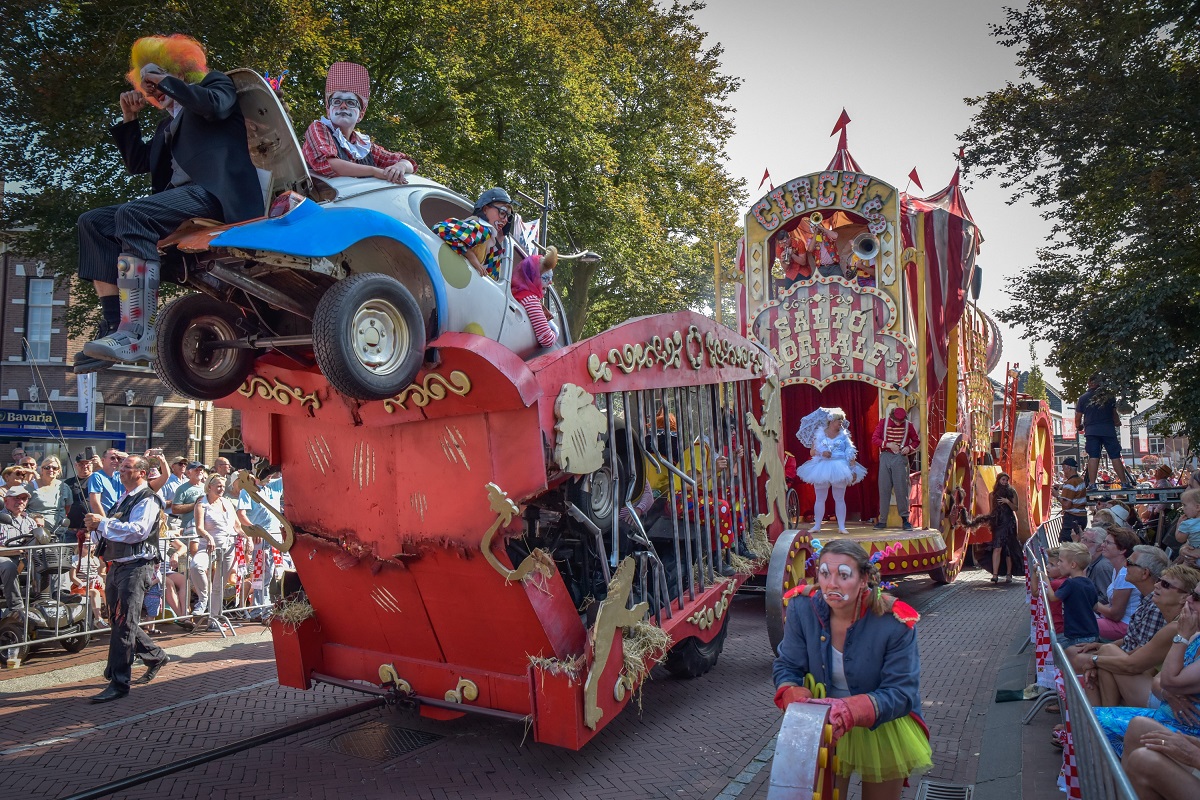 The 60th Brabantsedag took place on Sunday in the small village of Heeze, 12km southeast of Eindhoven. 16 Impressively-decorated floats and more than 1500 actors chugged through the streets to show a glimpse of the rich culture and history of the duchy of Brabant.

The parade is the capstone of the annual week-long festival at the end of August, which has a different theme every year. Past themes include “What do you mean, Middle Ages?”, “Headlines”, “Without a fight” and “Masterpieces”. This year’s theme was “Parade van Vermaeck” (parade of entertainment). The local Brabantse Dag associations spend about a year on preparations for their presentation. 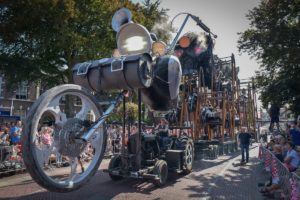 With enormous tractor-pulled carts, refined costumes, masterpieces of grime, choreography, and sound, the Brabantsedag parade is a two-hour mobile theatre which attracts a crowd of 30.000 people each year.

Floats passing by this year included haunted houses, amusement parks, gypsies, charlatans, motorcycle ‘gangs’, hot air balloons, from hurdy-gurdy to the DJ, a freak show, and “who is the fool in the mirror.” Some a treat for the eyes, others with a deep historical or political meaning – all made possible through tremendous hard work.

A cart named “Charivari: public entertainment or public targeting?” which highlighted similarities between public shaming in the Middle Ages and modern ways of #targeting others, did win the parade this year. 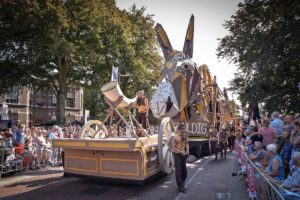 A tradition since 1957, the parade started with bored locals who wanted to have some fun in the summertime. Since then it has grown from year to year into a local, then regional, and now even internationally-renowned event. 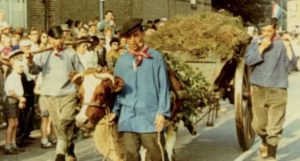 Themes represent historical facts, mishaps, glamour, traditions, politics, public opinion, and the rich culture of Dutch and Flemish Brabant. Serious and reticent, with a touch of humour or just very candid, people of Heeze of all ages show what is occupying their minds and what’s in their imagination.

The mission behind the event is to keep Brabant’s culture and heritage alive with new generations. With only 10.000 villagers, this is a guaranteed success in Heeze, with at least a third of residents connected in one way or another with the Brabantsedag.

For next year, do reserve the last Sunday of August in your diaries – it is a must see for all (especially for those wanting to better understand the Brabant disposition!). The nuances of their heritage really come to light in this breathtaking and well-choreographed parade.