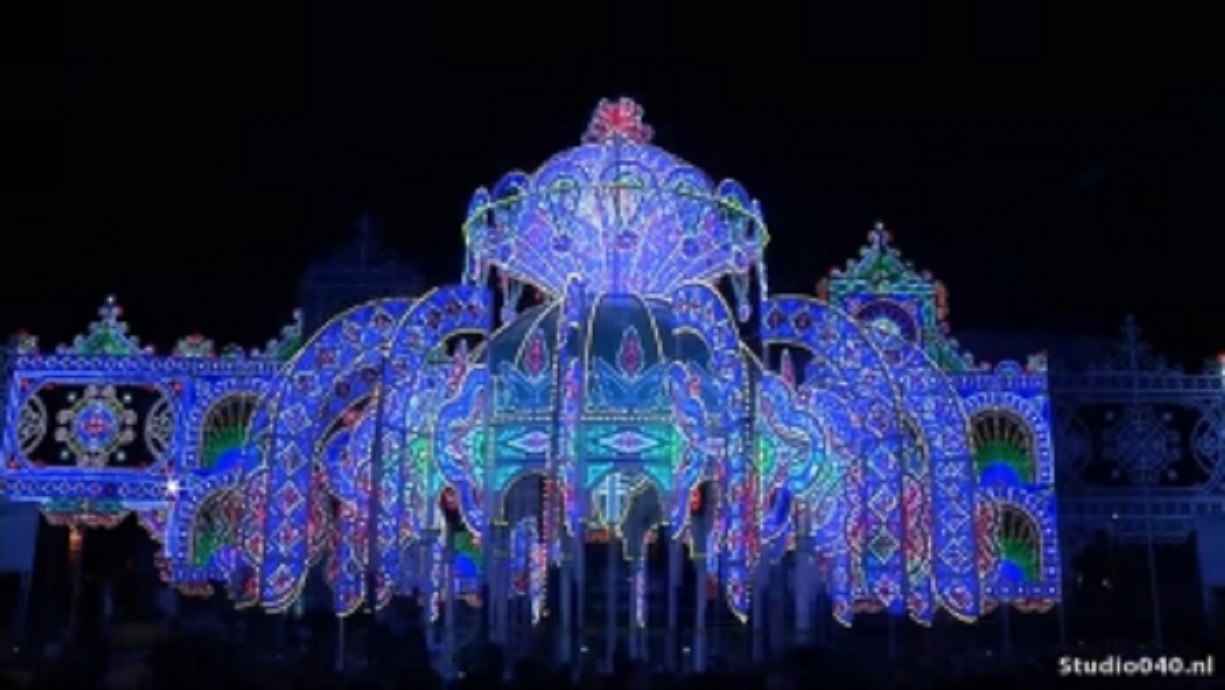 Glow, the annual light event in Eindhoven is going to have 29 light art works. The works will be seen in a 6 km route through the centre of Eindhoven, according to the organisers.

The art works are from local and international artists. The route starts at the old VVV office this year. It then winds via the Beursgebouw, 18 Septemberplein, Lichtplein, Philips Stadium and the mosque, back to the centre via Wilhelminaplein and Stadhuisplein, in the direction of the NRE terrain. The route then goes via Parklaan and the Student Hotel back to the Stationsplein.

The artistic projections of the young talent will be brought together on the NRE terrain.

This year’s theme is ‘The Source’, starting from the source of light. The theme was assigned to all the light artists. The festival starts on 11 November and lasts eight days.