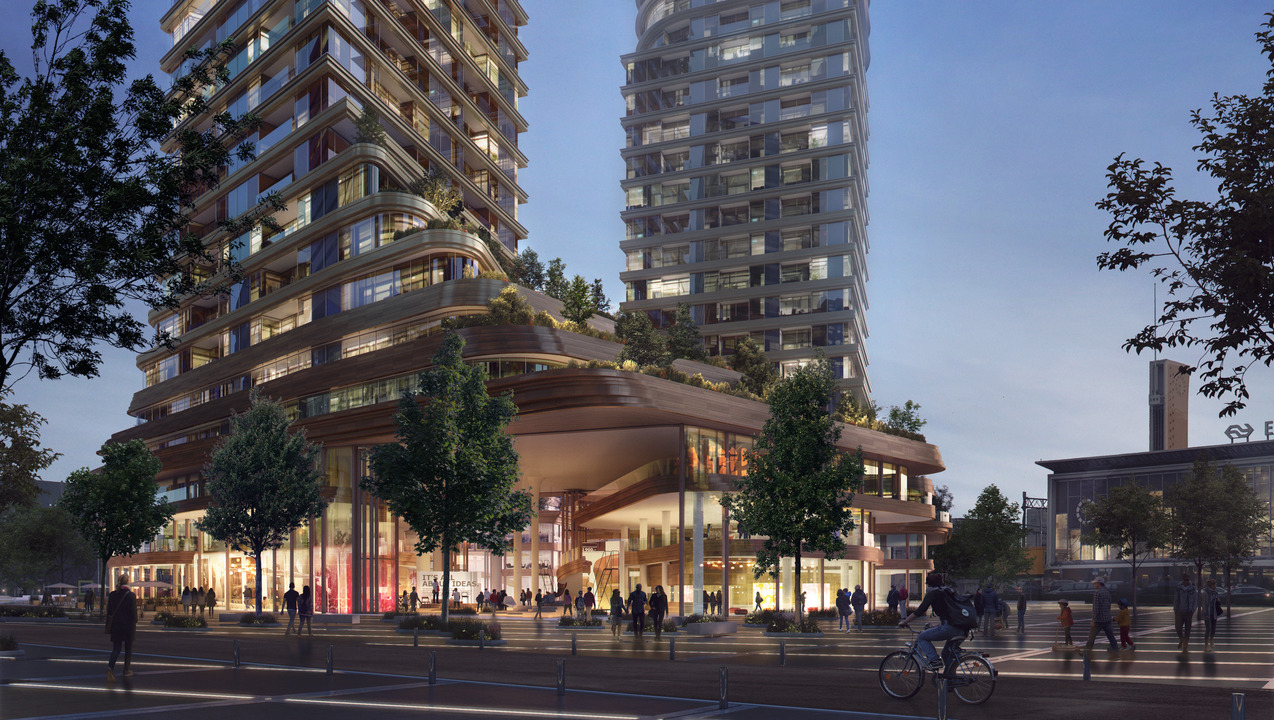 Property developer Amvest has won the tender for environment development at Eindhoven Station’s Zuidplein, the city council announced on Thursday.

Plans for the redevelopment on the station’s south side include three skyscrapers – the largest of which will stand at 156m.

The multi-million euro project will cover up to 40,000 square meters, including Stationsplein, 18 Septemberplein, and the station itself.

The redevelopment will include 450 new homes, a fifth of which will be provided under social housing programs.

One third of the new skyscrapers’ collective floor space will house public and commercial establishments, including a meeting centre, a showroom, and a hotel and lobby.

Spaces to accommodate new shops and restaurants will also be a feature of the towers.

A parking garage will lie below the buildings, with space for cars and bicycles. Bicycle parking will also be provided in the basement of the station, accessed by a cycle roundabout surrounding the Anton Philips statue.

The redevelopment project is scheduled to begin in autumn 2018.