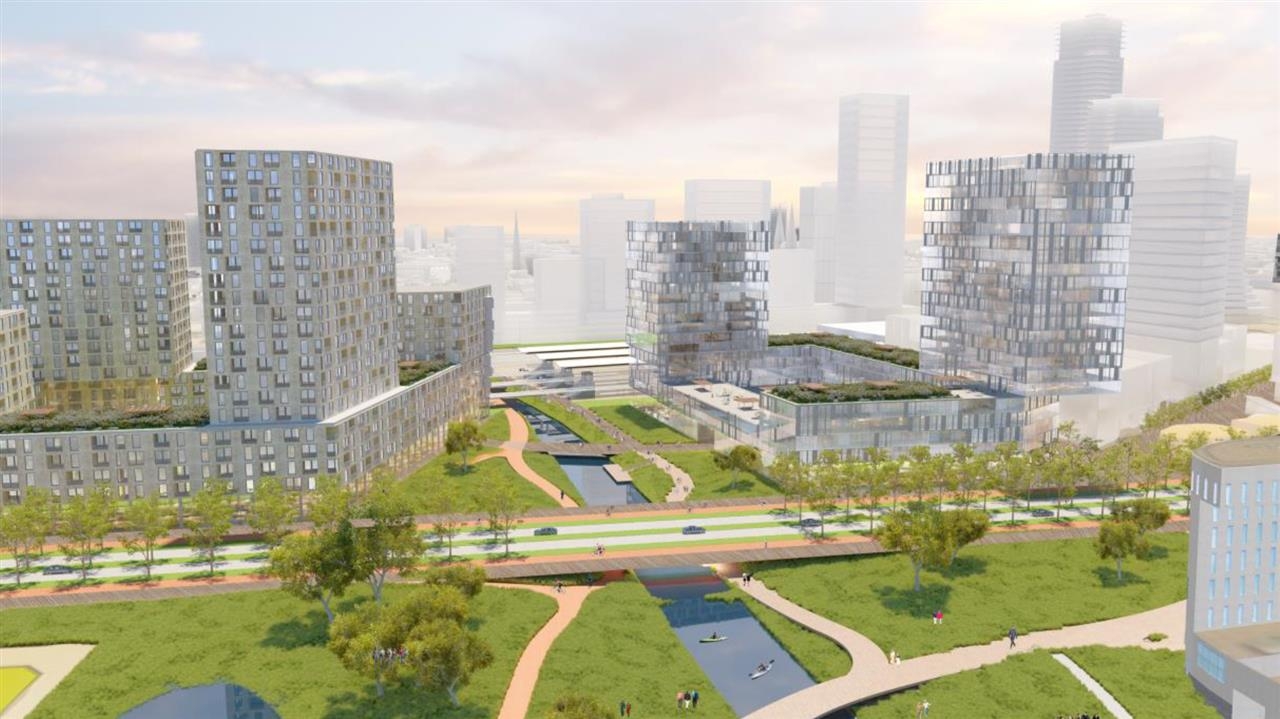 Redevelopment plans for the area to the north of Eindhoven‘s NS station are ambitious.

The number of homes should increase from 200 to 15000 homes, with fewer cars and much more green space. A major overhaul, taking twenty years, is planned for the area between Eindhoven‘s TU/e and the Philips Stadium.

The city now looks to the Dutch government in The Hague, for providing co-funding for this ambitious redevelopment project.

The delegation will meet local representatives to discuss the council’s ambitions, challenges and opportunities for the area.

Eindhoven is the center of an important international high-tech region. Yet, according to regional municipalities and councils, this is still insufficiently clear on the southern and northern sides of the station. Especially, to the north of the railway tracks.

On the south-side, an ambitious plan has already been realized with three high residential towers. However, on the northern side, redevelopment plans are still in their infancy. For example, there are plans to build another high-rising tower-block on the spot of the ‘Bunker’, Eindhoven’s former student centre.

The area between the TU/e and the Philips stadium comprises about 55 hectares. Strijp-S for example, comprises 27 hectares. The area is rather unappealing at the moment. It numbers too much traffic and too many office space. It should have a much more metropolitan ‘look and feel’; with far more houses and much more greenery – according to a spokesperson on behalf of the municipality.

Contribution from The Hague

The Dutch government in The Hague may be able to financially contribute. This development is in line with a number of national policy ambitions.

These include plans to decrease the ever more sprawling of large cities in order to meet ever increasing demands for affordable housing.

Eindhoven‘s ambitions for its ‘northern railway zone’ may also be in line with the government’s climate-ambitions, with its plans to incorporate room for more green space.

In addition, The Hague may also embrace this urban development, because nearby Eindhoven NS station will become an international XL hub, with fast connections to Germany.