Home NEWS Ladies and U21 unfortunate, PSV against AJAX tomorrow 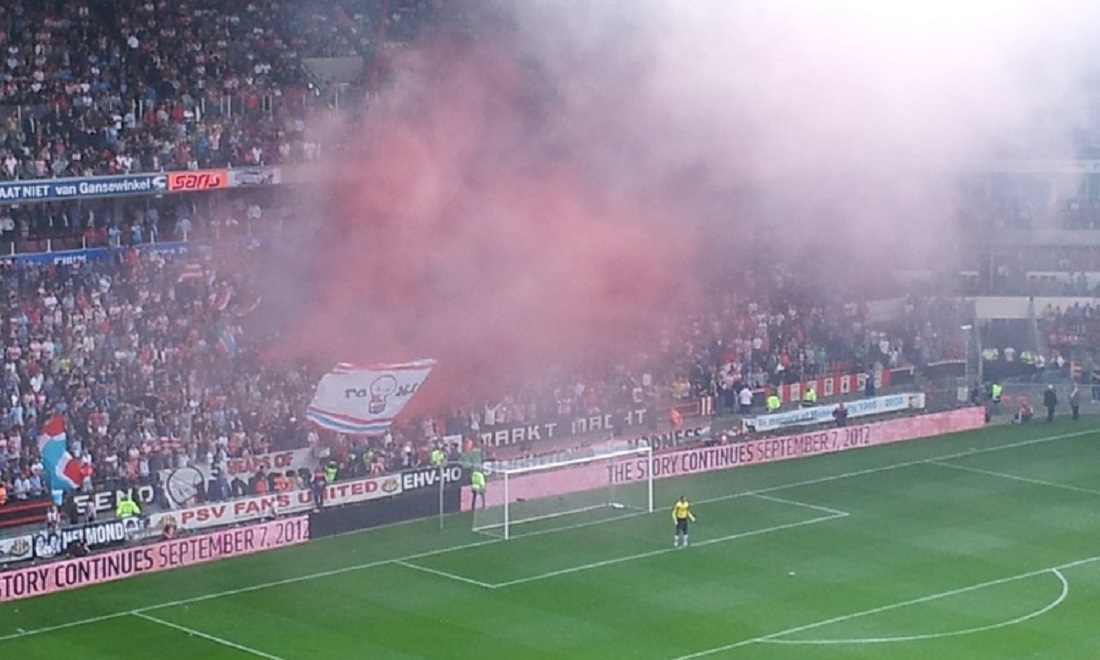 It is another weekend of high importance for all PSV-selections. Yesterday the ladies lost their first playoff match, the U21 drew against MVV and the A-selection are playing main rivals Ajax from Amsterdam tomorrow. An update in short.

Ladies lose first playoff match
Since winter stoppage, the PSV ladies’ team has become stronger and stronger. Climbing up to the 3rd position made them reach the playoffs for the championship. Yesterday the played against number two, FC Twente, and lost the game after a single goal in the 76th minute. With 5 more games against, nothing is decided yet, but of course, a win would have been the most comfortable start. Next week they play Ajax away, more info about that will be posted here.

U21 play well but lose two points
PSV U21 has had a very strong season so far. With a minor dip around winter stoppage, the youngsters have picked up their routine and crawled back up the league again. Yesterday they needed a win in order to keep track of the second position, but couldn’t beat the now number six of the Jupiler League. With seven different players compared to last week, the line-up consisted of sole talents, some of them being only 17 years of age. Just before stoppage time, MVV scored the 1-0, the 1-1 by Suently Alberto came a quarter of an hour later. Unfortunately, the 2-1 was put on the scoreboard soon after and the 2-2 by Albert Gudmundsson, shortly before the final whistle, appeared the maximum these young men could deliver for the night. This means the second position is now out of sight and number three, SC Cambuur, are five points ahead. With two more games and thus six points to win, a miracle could happen, but it looks like the fourth position is the maximum.

PSV to play Ajax at the Philips Stadium
PSV’s A-selection plays a lost season and will not prolong the national title. After draws against FC Twente and ADO Den Haag, they also gave a second position out of their hands. Tomorrow, the number two and main rivals, Ajax, will come to Eindhoven and this means PSV can bring the gap back to three points. Apart from that, this game on itself is of high importance because of the prestige, for the pride of supporters and now also because beating the Amsterdammers can help not them, but Feyenoord become the Dutch champions of 2016/17.

Apart from the injured Jorrit Hendrix, Jetro Willems and stand-in keeper Pasveer, coach Cocu has a fit selection for tomorrow’s match. The question is how the men will react to all the criticism of last week. A lot of fans have been fed up with Cocu playing safe for a longer time already, and are done with players who seem to not be passionate and fight for their club. Beating Ajax tomorrow is not only a must in order to claim the second position, it is the ultimate moment to reclaim goodwill and keep supporters silent for at least a week. Cocu usually doesn’t change his basic eleven too much, so the difference has to come from the players, their efforts and the support of the people on the stand. Ajax reached the semi-finals of the Europa League after 120 minutes, last Thursday, and must be tired still. Therefore a strong physical approach seems a logical way to make them suffer and keep the three points in Eindhoven.

The probable line-up consists of Zoet, Arias, Schwaab, Isimat, Moreno, Guardado, Pröpper, Van Ginkel, Pereiro, De Jong and Locadia. The match starts at 16:45h, Sunday at a sold out Philips Stadium and will be broadcast through Fox Sports live.