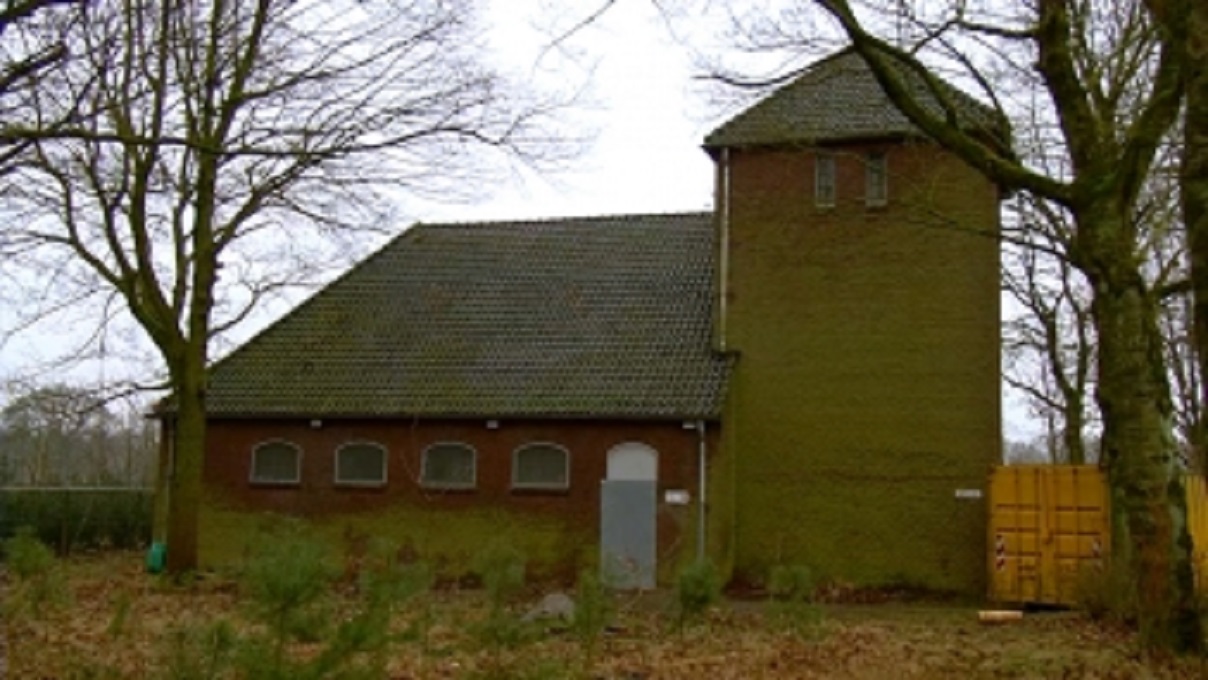 The ‘fake’ church on Eindhoven’s Oirschotsedijk is to be conserved for at least ten years, according to a letter from Alderman Scheurs to the municipal council.

The fake church has been the subject of discussion for year, but now there finally seems to be a sustainable solution for the conservation of the building. The municipality and the building’s owner, the Nicolaas Clopper Foundation, have agreed that hay will be stored in it. The hay will be used by a sheep herder for his sheep to graze from, in the surrounding area. The herder has expressed interest in the location.

The fake church is a building constructed by the Germans, as part of a pilots’ village. It is made in such a way as to appear to be a typical Brabant village, when seen from the air. The ‘church’ is the only building from the fake village that is still standing.

The building had been unused for some time. In the coming weeks, arrangements will be finalised for the storage of hay in the church, pending a grazing plan from the herder.