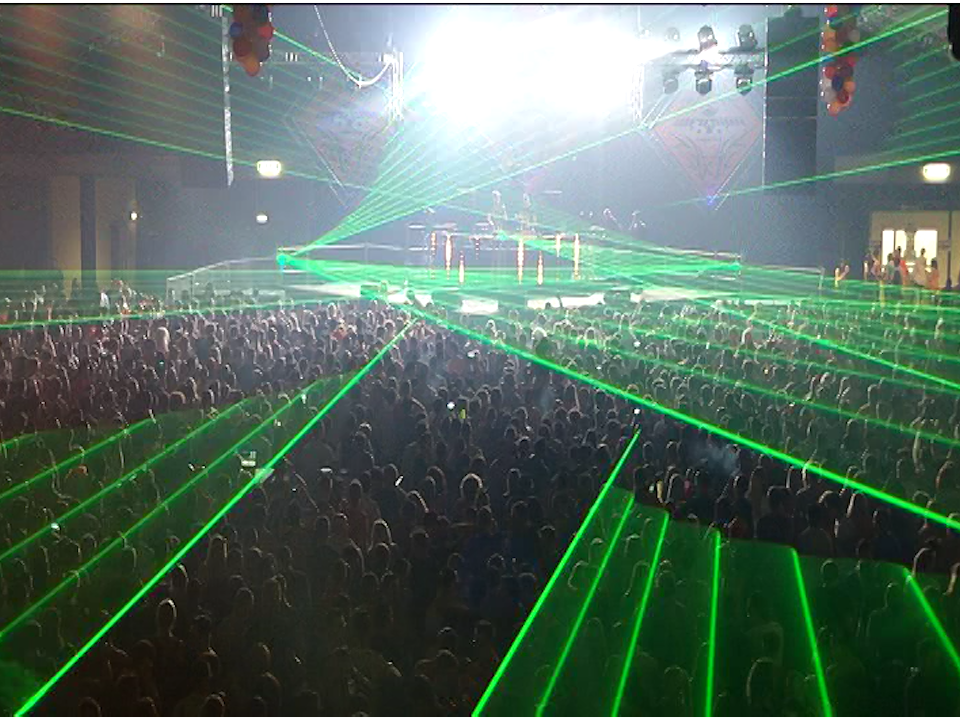 Beursgebouw Eindhoven would like to organize more large festivals that should last unitill seven o’clock in the morning. The municipality does not allow that. Unlike the Klokgebouw which is in a 1.5 kilometers distance.

And that is unfair, according to Chris Aelberts, the Director of the Beursgebouw. He has sent an urgent letter to the municipality over this subject.

"I would like to organize ten parties a year in which the Beursgebouw is open all night. Just as in the Klokgebouw. But most important, I believe that we should be treated equally. If the Klokgebouw is allowed four of those parties and so are we, it is fine by me. "

According to Aelberts both companies operate in the same area of the city. "In the area of complaints the Klokgebouw could even win." Yet one property is allowed, and the other property is not. "That creates a loss of revenue of € 150 000, – per year."

A municipal advisory committee has said that it is indeed unfair competition. Within a few weeks, the Eindhoven Board will respond to that recommendation and to the letter from Beursgebouw. The City Council will respond on that, and ultimately have the final say.

Several local residents are not at all sorry to see the number of parties is not extended. Residents of some flats nearby Montgomerylaan say they already suffer from the Beursgebouw, and are against more parties.

"If they have a party that lasts until the morning, we just can not sleep," says Peter Keeris. He speaks on behalf of dozens of residents in the flats in the street.

The hard bass transmits vibrations that are collected by the flats. "It is not only a lot of noise, the building vibrates. Even earplugs are of little use. "