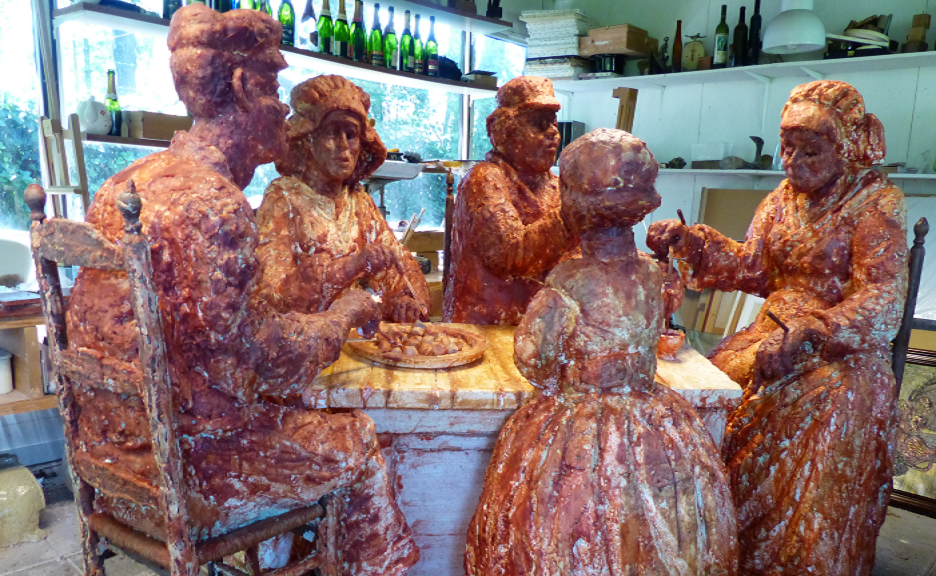 Can the bronze statue of The Potato Eaters in Nuenen stay or not. Today in the court in Den Bosch the judge will decide. Opponents have filed the case to remove the statue.

Last night a hearing also took place at Nuenen council before the appeals commission. The opponents could once again explain why they think that image of The Potato Eaters in their village is a bad idea.

The group united and named themselves "Respect Van Gogh". They find it "indelicate" to use the image for "commercial gain." Besides this they think it does not honour Van Gogh’s work.

But besides the Board of Appeal of Nuenen council, a judge is now also involved in the case. It is a preliminary injunction. The actual lawsuit will follow later. By means of the judges intervention, the opponents are trying to avoid the statue from being installed, while the proceedings are ongoing.