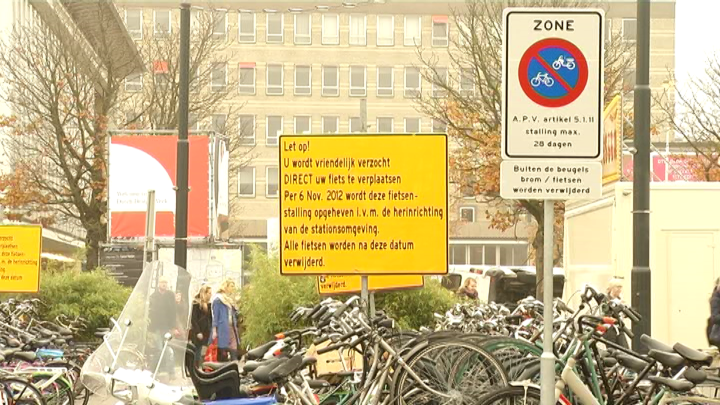 ‘The bicycle parking on the south side of the railway station is a chaos’, at least that is the opinion of the Labour Party (PvdA).

Therefore the party has been asking questions to the city council. In addition to too few places for bicycles, mopeds and bicycles are mixed up, they noticed.

According to the party people often get bruised when they want to get their bikes from the racks. It is very crowded and because all is very tight, storage of mountain bikes is difficult.

The Labour Party now wants to know who is responsible for the bicycle storage. The party believes that users who want to complain about the storage, are sent from pillar to post at the moment.

The Labour Party is also enquiring about when the storage is expanded and how the communication between the municipality and the NS (Dutch railway) is going.