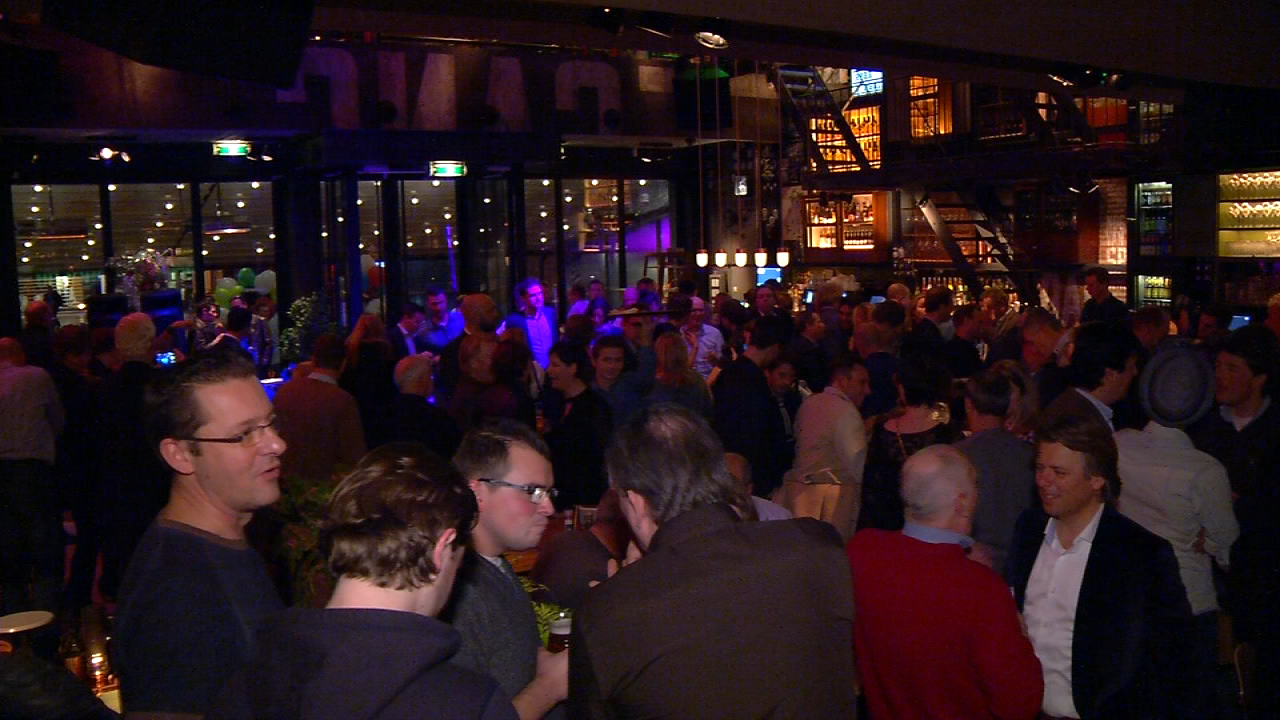 The renewed pub ‘De Vooruitgang’ at the Markt in Eindhoven was officially opened by alderman Bianca van Kaathoven on Wednesday night.

In her speech, Van Kaathoven stated that she was proud to have a pub like ‘De Vooruitgang’ in Eindhoven. "This pub was closed for nearly two years and I think I speak for all of us when I say that I am glad that it has re-opened. It is not only the city’s living-room, it is also our trademark in the catering industry.’

After having been closed for such a long time, the pub had every reason to throw a party. There was a band and one could have a drink.

‘De Vooruitgang’ had already been open for three weeks and, according to owner Fred Bus, this had been a successful trial period. ‘We had expected quite a number of people to visit the pub, but we could not have dreamed that so many would show up." Bus is proud of his pub. ‘I think we should all be very proud of the beautiful place we have created in such a short period."