With a 4-0 home victory, PSV hope to have said goodbye to the worst weeks of the season. But their next opponent is an infamous one.

For the match against ADO Den Haag, Roger Schmidt had to improvise yet again to get a strong starting 11 on the pitch. Defenders Timo Baumgartl, Denzel Dumfries, and Nick Viergever couldn’t play due to positive coronavirus tests. Stand-in, Armando Obispo, is far from recovered and Philipp Max needed some time off.

That’s why the German head coach picked midfielders Mauro Júnior as left-back and Ryan Thomas as a right-back. He let Adrian Fein start next to Ibrahim Sangare as controlling midfielders.

With this starting 11, it took PSV 15 minutes to enforce a penalty. It was easily given; it felt almost like a makeup for last week’s denied penalty. Eran Zahavi hit home in the 16th minute, and it appeared it was all that ADO needed to lose faith for any possible good result.

Still, it took PSV until the 51st minute to pull the trigger again, this time with an assist from Zahavi on Noni Madueke. The Englishman has shown a lot of his great potential in the last couple of matches and continued to create danger against a very weak opponent.

The Hagenezen had so little to contribute that Schmidt felt comfortable enough to let Richie Ledezma make his debut. The attacking midfielder from the USA usually plays his matches with PSV’s Under21s. But he looked very much at ease and needed only ten minutes to achieve his first assist.

Ryan Thomas scored his first goal of the season. The New Zealander got his well-deserved rest when he was substituted for Luis Felipe, another talent from PSV Under21s. The third youth player, Ismael Saibari, came in for Mario Götze two minutes later.

Philipp Max finished his half match with one of his trademark assists on Madueke. He who took care of the 4-0 in the 92nd minute. Watch all the highlights here.

General Manager, Toon Gerbrands, and Roger Schmidt must have been delighted. The Dutch Football Association didn’t agree to their wish to postpone last Sunday’s Eredivisie match. The two men had wanted to give the selection a break.

PSV have had to deal with lots of adverse circumstances. However, one could wonder if they are to be the reason for favourable long-term circumstances.

For example, postponing a match like the one against ADO might not have offered the security of ultimate conditions on the new date. Also, they were probably the best opponent PSV could wish for when you look at how weak they were. The match certainly didn’t cost the same energy as it would have against a top-five or even top-ten team. Dealing with issues like these builds a team spirit like nothing else too.

Add to that the team could use players at different positions. They got Donyell Malen and Mario Götze back into shape with another 90 minutes. The team could even let players from PSV U/21 make their debut. Then the question is whether perhaps only good things came from dealing with the bad.

With now three days of rest, and the hope to have more players available tomorrow (Thursday). The preparation for the next match might feel a lot better than it would have had if the match against ADO been moved to a later date.

PSV and PAOK have only played seven matches against each other – three exhibition matches and four Europa League group matches. In 2000, PSV beat the Double-headed Eagle of the North twice in the third round. In 2001, they lost in Greece but settled the score in Eindhoven, also in the third round.

Then, it took more than eight years for the two teams to meet again. That was for the first out a total of three exhibition matches in Thessaloniki that PSV won.

PAOK’s policy was to be open to everyone in Thessaloniki. That led to a minor rivalry with AEK Thessaloniki, the city’s other Constantinopolitan club, which allowed only refugees to play.

In early 1929, AEK Thessaloniki was virtually dissolved and absorbed by PAOK. PAOK then changed the emblem. They adopted the double-headed eagle as a symbol of the club’s Byzantine/Constantinopolitan heritage.

The club’s traditional colours are black, representing sadness for the 1922 Asia Minor Catastrophe and the end of the Greek presence in Anatolia. The white represents a hope for recovery. (Source: Wikipedia)

The White-Blacks have played their matches at the Toumba Stadium since 6 September 1959, which is known for its hostile atmosphere. This home base had a 45,000 visitors capacity in the 1970s. But, it’s undergone many renovations and offers seats for 28,703 people today. PAOK are one of the four most popular teams in the country and have the third biggest fan base.

PAOK’s supporters are known to be tough and fanatic. Fans have often been involved in riots and clashes with rival clubs and the police. Their main rivals are Panathinaikos, AEK Athens, Iraklis and the locals of Aris. But matches between PAOK and Olympiacos often resulted in such violent situations that they’re played without supporters today. But it’s not just the supporters who are hot-headed.

Chairman Ivan Savvidis came onto the pitch when the referee denied PAOK a penalty due to offside. He threatened the referee, showing the gun he carried on his belt. The referee cancelled the match, and the Greek football Union named AEK as the rightful winner.

They also deducted another three points and fined PAOK €63,000. Savvidis got banned from all football matches in his home country for three years and, six weeks later, saw rivals AEK Athens take the national title.

The club has won three national titles, seven national cups, but never a European prize. However, they have had 16 seasons in the UEFA Cup, 12 seasons in the Europa League and seven in the Champions League tournament. So, it’s clear the Greeks are an experienced contender.

The 2018/19 national team was the best in the country’s history. They were undefeated and won 26 of 30 competition matches, making them the new Greek record holder. It was their first national championship in 24 years. On top of that, they won their first domestic double on 11 May, beating AEK in the National Cup final.

PAOK’s women’s football club was founded in 2001 and have been dominating the A Division since 2002. In 19 seasons, they became national champions 15 times. They’ve also represented the club at least seven times in the UEFA Women’s Champions League tournament. No other big Greek clubs participate in these competitions, but none of them can claim these historic numbers either.

PAOK are the current number 4 of the Greek Super League, after Aris, Olympiacos and AEK. Last weekend, head coach, Abel Ferreira, left the club, signing a contract at SE Palmeiras, Corinthians’ archrivals in the Brazilian Série A. Believe it or not, this means the new head coach – Pablo Gabriel García Pérez from Uruguay – is the 78th manager since their first in 1926, according to this list. That includes the 15 times they used the captain forward as a stand-in.

The White-Blacks were eliminated from the Champions League tournament by Krasnodar but had beaten Beşiktaş and Benfica before that match. Their home match against Omonia Nicosia and their away match against Granada FC both resulted in a draw. Their six matches in the national Super League resulted in three victories and three draws.

Midfielders Omar El Kaddouri, Thomas Murg, Stefan Schwab, and Andrija Živković, seem to have the necessary experience and assists Europa League contenders need. And Antonio-Mirko Čolak, the Polish striker, Karol Świderski, and the just 18-year-old national talent, Christos Tzolis, are good goal scorers. With only three goals conceded, it appears PAOK are a well-balanced team, so PSV are up for a serious away match.

No ‘Black Hell’ for PSV

PSV will kick off in Thessaloniki at 18:55 (6:55 PM). Several players will probably still be unable to play due to positive COVID-19 tests in the last weeks. PAOK surely misses its home supporters, who are known for creating a Black Hell at the Toemba Stadium.

More than 40% of the PSV and PSV U/21 players have tested positive for coronavirus already. The U/12 squad even had to cancel their home match last Monday. Richard Ledezma, Mathias Kjølø, Luis Felipe, and Ismael Saibari have been training with the A-selection and can, therefore, join the squad in Greece, until further notice. 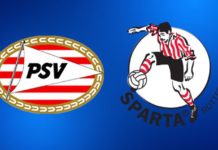 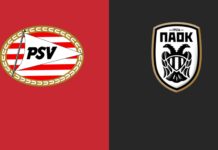 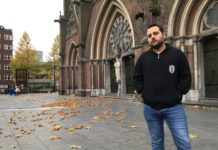 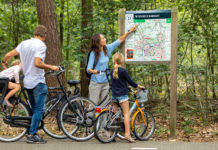 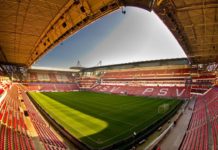 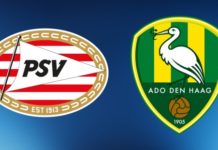