PSV recovered from the painful night in Thessaloniki. The home victory against Willem II was decent, and now all internationals go to their national squads for the intercountry period.

PSV needed to pull up their socks after what happened in Thessaloniki, and they did just that. Captain Denzel Dumfries’ comeback and winger Cody Gakpo was clearly a very welcome boost in the starting eleven. Roger Schmidt’s team has had to endure much in the early stages of this season.

It finally had the best possible 11 players on the pitch from the start. Mvogo, Dumfries, Teze, Boscagli, and Max formed the defence. Sangaré and Rosario the defensive midfield, Götze and Gakpo the wings, and Zahavi and Malen the attack.

Ibrahim Sangaré assisted Donyell Malen to take his first shot after only 25 seconds. Sangaré also set up the attack four minutes later, but Zahavi’s header wasn’t strong enough. The attack in the 14th minute was the first to be a success. Pablo Rosario’s beautiful assist landed the ball right in front of Philipp Max’s feet in the box, who shot it hard behind ADO’s goalkeeper.

Jorn Brondeel had to concede another goal seven minutes later. Dumfries ran, stumbled twice, but turned and fought past Derrick Köhn. He assisted Mario Götze, who hit home easily. Malen and Gakpo missed the opportunity to pull the trigger in the 28th minute. And a minute later, Ché Nunnely missed the chance to bring Willem II back into the match.

Willem II appeared to be a weak opponent, maybe what the Eindhoven squad needed. But the Red-and-whites didn’t have the power to pull the match towards them entirely and failed to come out of the dressing room sharp, again.

Why the four goals in Thessaloniki weren’t enough a reminder for Schmidt’s men to stay focussed raises questions. How they could give away two huge scoring opportunities to Willem II, ten minutes in is unbelievable. The good side of this situation is that Yvon Mvogo appears to have really found his place under the Eindhoven banner.

This familiar feeling is something Malen and Zahavi still have to work on, considering how they struggle to find each other sometimes. However, the Israeli’s assist should have been enough to secure the victory. But Malen failed to cash in, with half an hour to go on the clock.

A red card for Köhn, six attacks and 20 minutes later he finally managed to finish the Tilburgers off, after a perfect assist by Dumfries. A good way to end a tiring time with PSV and join the Dutch national team, for these two players.

The current PSV team has many players who have also been invited to join their home countries’ national sides. As said, Dumfries and Malen will join the Dutch Lions squad. Gakpo and Teze are again part of the Dutch U/21 selection. Philipp Max makes his first appearance in the German national team, and Ibrahim Sangare has two matches with Ivory Coast. Yvon Mvogo (Switzerland) and Eran Zahavi (Israel) hope to perform in the Nations League tournament.

Richie Ledezma recently made his debut for PSV, and now he also made his debut in the US national squad. Mauro Júnior is part of the Brazilian Olympic team, and Ismael Sabaira joins Morocco’s U/21s. Noni Madueke and Mathias Kjølø have been called for England’s U/19s and the Norwegian U/21s respectively.

Of PSV’s current squad, Dumfries and Malen are the only players representing PSV at Oranje. That’s if Mohamed Ihattaren decides to stay home after having been called off due to intestinal issues. Pablo Rosario was left out of the final selection by head coach, Frank de Boer.

Former PSV players in the current Dutch squad are Patrick van Aanholt (Crystal Palace), Georginio Wijnaldum (Liverpool), Luuk de Jong (Sevilla FC), and Memphis Depay (Olympique Lyon). Steven Bergwijn (Tottenham Hotspur) moved back home after an injury. De Boer’s choice to leave out Kevin Strootman (Olympique Marseille) completely may be the most notable omission. Strootman’s time at Oranje might look a lot different than it was under Ronald Koeman, who pursued a career as head coach of FC Barcelona.

The Dutch Lions will be playing three matches during this intercountry period:

Let’s hope this period of international football won’t lead to any serious injuries or new positive coronavirus tests. It would be great for Roger Schmidt and all PSV fans to have a full squad available when the Eredivisie continues on 21 November. PSV will play an away game at 16:45 (4:45 PM) on Sunday 22 November, against the number five ranked team – FC Twente. Keep checking back at Eindhoven News for more updates on PSV. 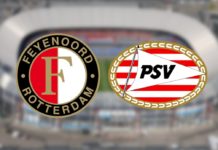 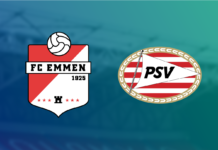 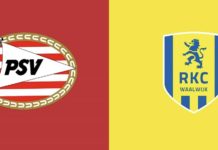 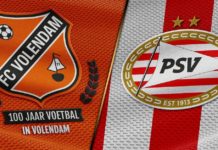