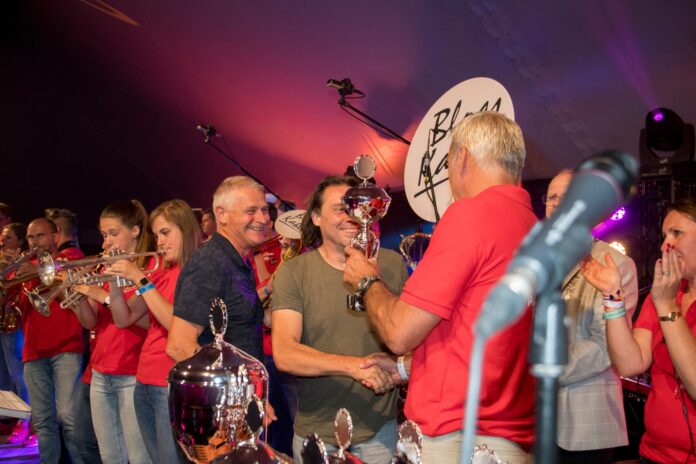 With one beautifully put-together creation after another, it becomes vivid by the afternoon, the audience is the big winner. The prizes that the wagon builders can take home will only be announced in the marquee in the evening. But what can be won and how does the prize distribution work?

The only prize that the spectator has a direct influence on is the public prize. The jury forms are handed out to the public before the parade are collected afterwards and the winners are determined based on the interest of the audience

The Press Award is handed out by the independent press jury that consists of media such as Omroep Brabant, Eindhovens Dagblad, Studio040 and Eindhoven News.

The Parelprijs is awarded for an exceptional group performance, construction, portrayal, or use of materials. This makes it the only prize that may not be awarded every year. In addition, there are three honourable mentions for special and conspicuous participants.

The parade floats are judged on three categories: Transfer of Subject, Artistic-Technical and Theatrical and Musical Quality. These three categories count equally and are judged by the professional jury, and experts in the field.

Stichting Brabantsedag is looking for professional jury members who have knowledge of the specific category and theme of that year (in this case Met Verve). The members of the professional jury do not have to be familiar with the Brabantsedag; apart from a small briefing about the parade, the jury is completely free to make its own judgment. In this way, the result is as independent as possible.

During the parade, the members of the jury are scattered over the route. This ensures that the judges cannot influence each other and that the quality of the play and technique is not a snapshot but a good reflection of the parade over the entire course. After the parade, the judges have to work hard. To arrive at a general classification in time, the assessments must be put together in a very short time. The points are added up per category and these points together make up the first classification. In the event of a tie between float-building groups, the jury decides which float ends up above the others.

This results in an overall ranking and a top three in each of the three categories, which is announced in the evening in the marquee, just like the other prizes. The overall winner is the group that scores best on all the parts together. This group, the overall winner, is taken from the ranking of the 3 categories. The top three in each category win a cup. In the meantime, the tension in the tent is palpable and the final results are announced. After first the numbers 16 to 11 are announced, we slowly work towards finding out who will be the new overall winner of the Brabantsedag and who will be immortalised in the Walk of Fame.