Parents raising bilingual children witness dissimilarities in the language development of their children. What causes such differences? What does research indicate? Curious? Read on…

Most children around the world grow up in a family with a brother or sister, sometimes more than one, and sometimes both. Parents raising more than one child bilingually often remark that despite the fact that their children are growing up in the same family, they’re not always bilingual to the same extent. Something that parents also often report is that it’s the oldest child who speaks the heritage language best or at least uses it more often than his or her younger siblings. Parents are also sometimes frustrated because their children prefer using the school language when talking to each other, even though they might be perfectly capable of speaking Turkish, Portuguese or whatever the heritage language might be

This is what parents often report, but to what extent is this backed by research? What does the available research tell us about the language development of siblings in bilingual families? Older children often bring the school language home with them, and this means that their younger siblings pick up the language more quickly. This is in part because they mean that there is more input in the school language, but they probably also provide different input. After all, children talk about different things than parents do. Older children who speak the school language at home also provide their younger siblings with more opportunities to practice that language. And this, of course, can facilitate their development in that language. Research suggests that when parents are not so proficient in the school language, having an older sibling can provide their younger brothers and sisters with an important source of input. It is however important to be careful that this doesn’t come at the cost of the heritage language – more about this below.

In the same US study, having an older sibling was found to have a negative impact on toddlers’ development in their heritage language, Spanish. However, once again, this need not always be the case. In our study with bilingual Greek-Dutch families, there were no differences between toddlers with and without an older sibling in terms of their proficiency in Greek. In some circumstances, it seems that older children can offer younger children extra opportunities to hear and use the heritage language. In fact, some parents explicitly instruct the older children in their family to take on this role. Whether an older sibling is sensitive to such a request will likely depend on the child, but it is, in any case, a good idea to consider the role of siblings when considering (and revising) your family language plan.

Enrolling siblings at a heritage language school (also known as a Saturday school, or complementary school) is also a good way of providing all your children with more input in the heritage language. There are many such schools in the greater Eindhoven area (see the Heritage Language Education Network website for an overview). If your children are older, explain why you think it’s important that they speak your language and make agreements with them about which language is spoken when. For example, any language can be spoken just after they get home from school or the parents get home from work. But as soon as everyone sits down to eat, it’s the heritage language only.

The very best way to ensure that your child actively uses the heritage language is to put them in a situation where it’s really necessary to use that language. Depending on the language (or languages) in question, such situations might be hard to conjure up. And this is precisely why brothers and sisters often speak the school language when they’re together. They don’t need to speak the heritage language and they’re probably used to speaking the other language at school or when together we other children. This means that it’s simply easier for them, and like adults, children also like to take the easy option when they can. So, as frustrating as it may be, it’s also important to sometimes just accept that your children have good reasons for not always doing what you want them to – a part of parenting which probably extends to many other areas of life, not just which language they use.

This article is written by Sharon Unsworth and Aniek Ebbinge. It is based on an episode of the Kletsheads podcast all about bilingual siblings. Kletsheads is a podcast about bilingual children for parents, teachers and speech-language therapists. In each episode, Dr Sharon Unsworth, a linguist at Radboud University, Nijmegen, and mother of two children (both bilingual, of course), discusses the science behind the language development of bilingual children with another expert. There are practical tips, interviews with children about what it’s like growing up with two or more languages, and with parents and professionals about their experiences with bilingual children. Find out more at kletsheadspodcast.org or search for Kletsheads [English edition] in your favourite podcast app. 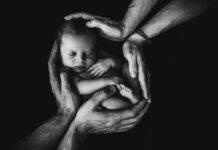 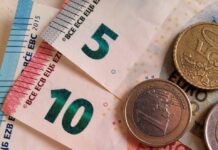