A 20-year-old Eindhoven resident died after an accident in a cross buggy in Raamsdonksveer. The two occupants, both residents of Eindhoven, were seriously injured in the accident on Friday afternoon.

The two men in the buggy were initially reported to be brothers. Their ages were around twenty and eighteen. While riding in the cross buggy, they collided with a flagpole. The accident occurred around quarter past four in the Raamdonksveer area on Friday afternoon.

Both the men were seriously injured. A trauma helicopter landed to provide medical assistance. After that, the ambulance took both of the men to the hospital. The 20-year-old later died in the hospital. The condition of the other man is unknown.

According to the police, no one else was involved in the accident. The police are further investigating the circumstances of the fatal accident with the cross buggy. They are also looking for witnesses who saw the vehicle driving before the accident. 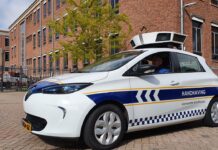