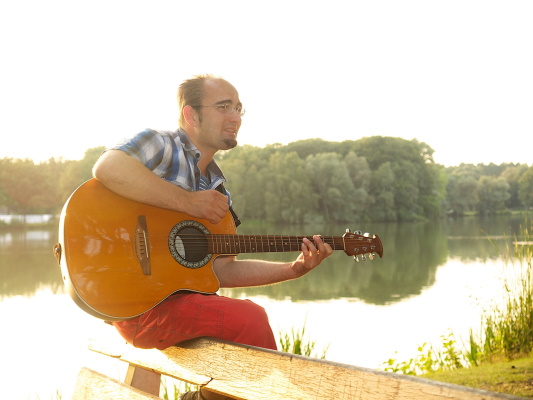 During the new PUURliedjes ‘The Listening Sessions’ the focus will be on the songs and the listening experience again. In the venue there will be a cosy atmosphere and you can hear the most beautiful songs. The Line-up for this edition contains acts like:

Breaking away from daily routines to muse on a certain thought, place or experience. That’s how Keynote Speaker’s songs originate. Meyke Roosink (vocals) and Jesper van Berkel (keys) are inspired by indie/electro/funk bands such as The Whitest Boy Alive, Vansire, and Daft Punk. Come join tonight’s semi-acoustic set by Keynote Speaker; sit back, relax and enjoy!

Chiel has been playing covers of well-known and lesser-known pop songs from the 60s until now. After about 25 years of band experience in various companies, both as a guitarist and as a singer, Michiel decides to travel the country as a troubadour. As a troubadour, Chiel comes along and accompanies himself on guitar/harmonica. His specialty is in English. But you will also occasionally catch him with songs by Guus Meeuwis or Boudewijn de Groot. He also likes to play his own work, so you get to know him really well.

Mariët & Steven is an acoustic duo that found each other in the corona period to be able to keep making music. They write and play their own songs from scratch, in addition to playing covers. These songs are a mix of acoustic pop and soft rock and remain attractive to listen to due to the differences in tempo, vocals and polyphony per song. Be surprised by the spectrum of songs by Mariët & Steven, you won’t regret it!