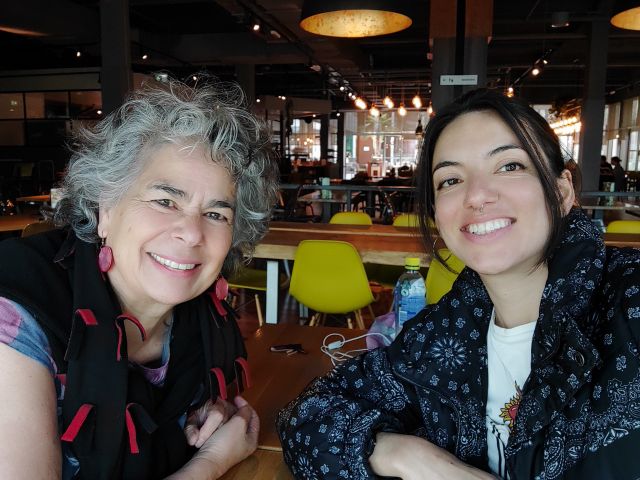 The poems circle around dealing with (dis)connection, finding your own compass and the tender strength of bold emotions. They will be performed in a mix of English, Spanish and Dutch. An artistic performance by voicing heartfelt emotions of life!

About Maria Fernanda and Carola Eijsenring
Two poets met by chance or was it destiny? While exchanging their poems, they immediately were taken by each other and decided to bring both poetical worlds together. Fueled by each other’s energy, backgrounds and specific tongues, they weaved this performance about their wandering souls.

Maria Fernanda (Latin and Spanish descendance) has been an actress, a designer and a poet all along her life, already from an early age. She is an artistic soul in a broad sense, but poetry has always been her strongest way of expressing.

Carola Eijsenring (Asian and European descendance) has been writing poems for over 25 years. In 2004 she started performing in public at ‘Poetry International’. Right from that moment, it felt like ‘meant to be’. Sharing poems with audience feels for her as a gift.

Wandering souls is the first performance of this constellation, but people commented on previous (Burning Blood) performances.
“Their words and music took me to a different world”
“Deeply touched, tears in my eyes”
“As if I heard them picturing my own story”

6 October 2022
The Bieb Familie Festival is open in the library of Eindhoven. This event is dedicated to the start of the Children's Book Week. The theme of...