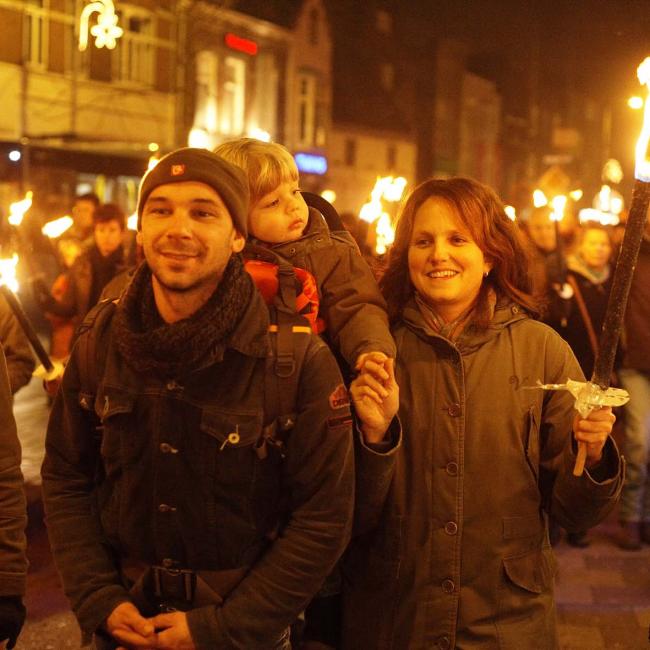 Today, the Parade of Torches is a symbol of tolerance and respect for one another. The parade begins at 19.00h when the first torch is led by the World Peace Flame. Along the route, several choirs, orchestras and stands will create an atmosphere of peace and solidarity.