I, Pastafari Documentary at LAB -1 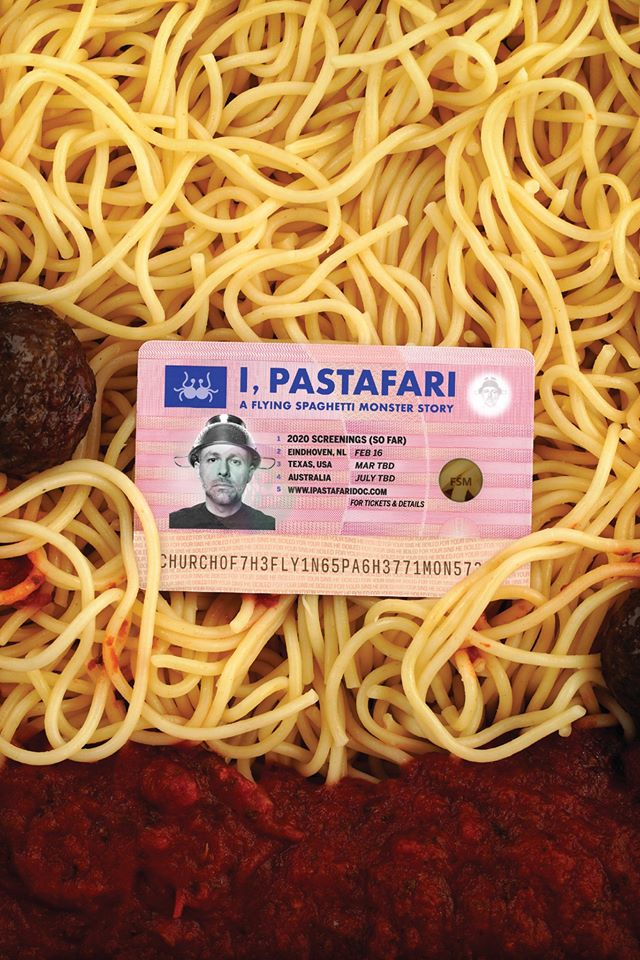 The European Premier of I, Pastafari: A Flying Spaghetti Monster Story will be held at the 2020 Docfeed Film Festival in Eindhoven, The Netherlands! The screening will take place at LAB -1 Cinemas on Sunday February 16th at 13:00. Tickets are available now at the link in this event page. Go to www.ipastafaridoc.com to learn more about the film.