Grand Final of The Great Orchestra of Christmas Charity 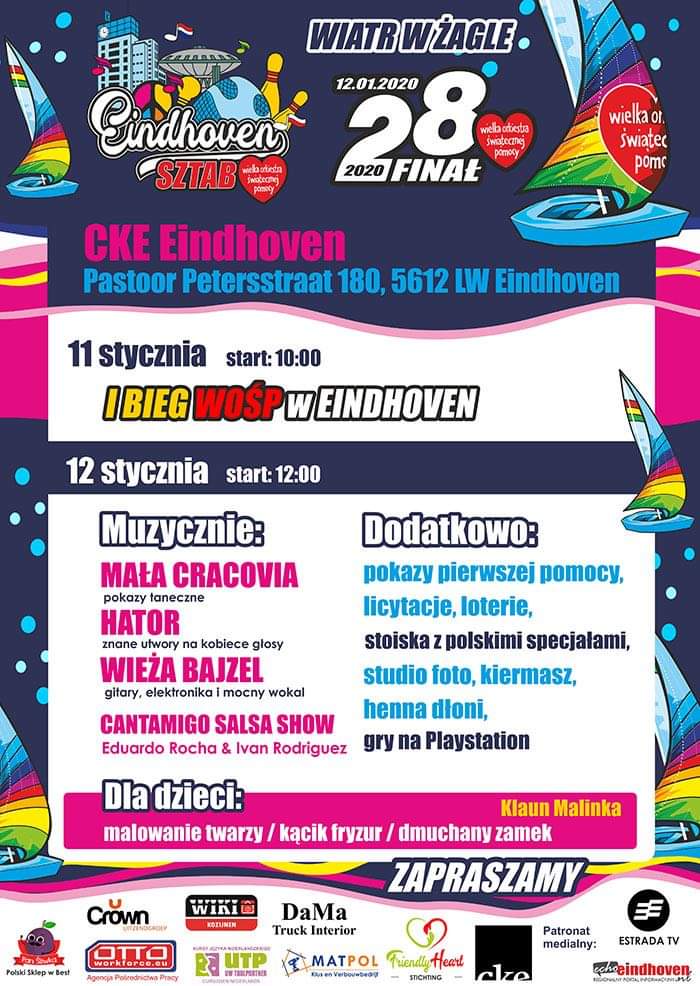 The 28th edition of Grand Final of The Great Orchestra of Christmas Charity will take place on Sunday 12th.

The Great Orchestra of Christmas Charity, the biggest, non-governmental, non-profit, charity organisation in Poland is holding a Grand Finale fundraiser in Eindhoven for the fourth time on Sunday 12th January.
The fundraiser will be held in CKE Eindhoven at the Pastoor Petersstraat 180, between noon and 6 pm and includes games and workshops for children, concerts, and the sale of Polish food and drinks.

Last year Eindhoven volunteers collected almost 20.000 euro and they hope to break the last years’ result this time!
The charity was founded in 1993 with the main objective of protecting health and saving children’s lives in Poland by providing medical equipment to public hospitals.
Each fundraiser has a specific medical objective, which is chosen by the foundation after consultation with medical professionals.
Every year, millions of people donate to the foundation and more than 250 mln euro have been raised over the years. The massive public charitable collection is organized locally by almost 1700 Collection Centers, which are local hubs of activity. Centres are staffed with 120000 volunteers, who take up all initiatives related to the massive charitable collection from Japan to Canada.
Just in the Netherlands there are seven Collection Centers located, which are waiting for you in Eindhoven, but you can also visit hubs in Amsterdam, Rotterdam, Horst, The Hague, Schiedam or Giesbeek.
Each member of the strong group of volunteers will be instantly recognizable by their smiles, and positive attitude as well as ID cards, lanyards, colourful Collection Boxes and a massive supply of red heart stickers with the logo.