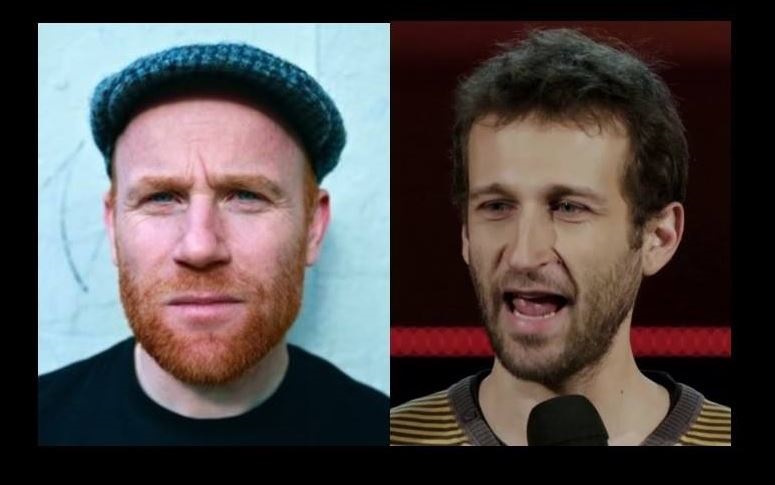 The next Eindhoven English Comedy Night will be on Wednesday, April 10 with professional stand-up comedians coming to entertain you.

This show welcomes non-other than Rory O’Hanlon (Ireland) as the closing headline act, and in the spirit of Irish laughs and goodwill, they are having 80 Earlybird tickets at 10euro available instead of 40 euro, Rory is not to miss!

On the program you will find Radu Isac (Romania) as feature first half headliner and your host will be MC Joe Eagan (Canada).

80 Earlybird tickets: 10 euro each, on sale until midnight, Friday April 5, or until sold out. (max 4 tickets per order)Advance tickets: 14 euro
Online tickets include all Billetto fees.
Door price without advance purchase: 16 euro
For a group of 4 or more you can email hub@internationalcomedians.com for a group rate.

Comedian Bios:
Rory O’Hanlon (Ireland) – Rory’s observational style of comedy has made him an instant hit with crowds up and down the country. Rory performs at every venue in Ireland from the world famous Comedy Cellar, the International, Laughter Lounge, The Empire Belfast while also becoming a firm favourite in the legendary Stand in both Glasgow and Edinburgh where he has performed at The Best of Irish at the Edinburgh Fringe for the last 3 years.

Radu Isac (Romania) – Radu has been a professional comedian in Romania ever since he was old enough to quit college and in 2015 he moved to London and made it to the 2017 final of English Comedian of the Year. His comedy is “simultaneously sweet and dark”, “cynical and tricksy.”, “sharp and quirky comic mind”, “playful, idiosyncratic comedy.”, “a new perspective on recognisable scenarios” – Chortle. Credits include: Comedy Central’s Extra – “Stand Up Express” 2014, BBC World Service – “What makes the World Laugh” 2016, BBC World Service – “The Arts Hour” 2017

Buy your earlybird and advance tickets via this link:
Doors open at 19:00 for after work drinks.

22 June 2022
A film based on drawings by primary school pupils in the city was shown in the Eindhoven Muziekgebouw. The animation film was musically supported...