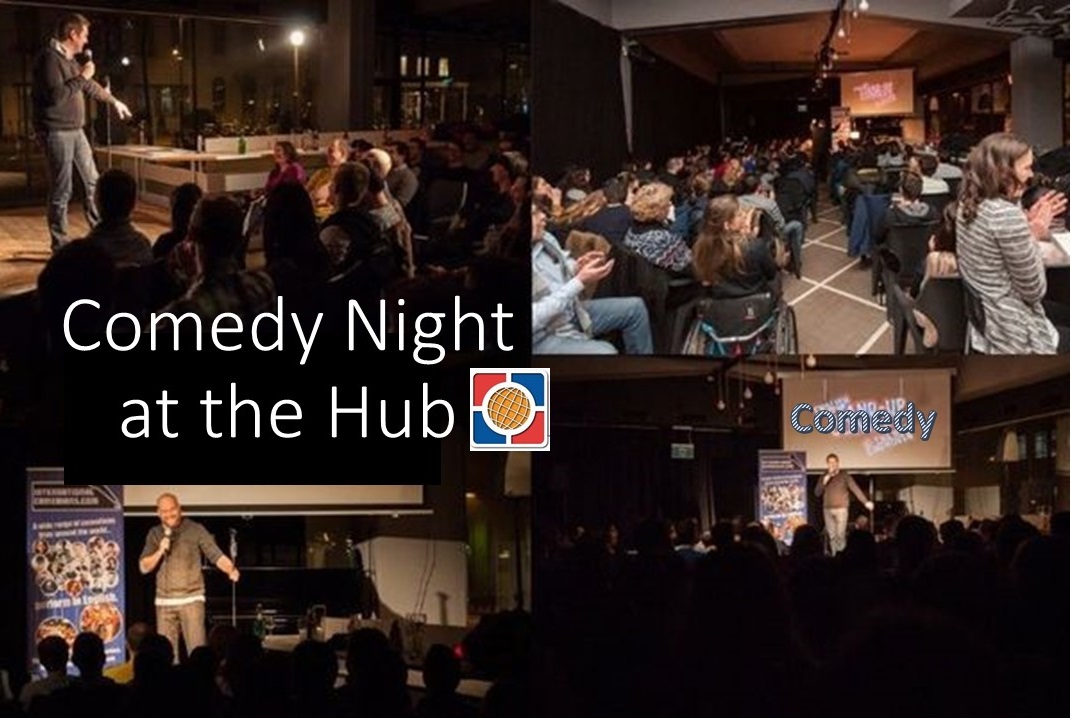 Join the Season Premiere of Eindhoven English Comedy Night at the Hub on Wed, Jan 23 with professional stand-up comedians coming to entertain you.

Check out the promo clip to see what the comedy nights are like!
https://www.youtube.com/watch?v=BSgE4ZjZNWs&t=1s

Buy advance and earlybird via:
https://billetto.nl/en/e/online-tickets-season-premiere-of-eindhoven-english-comedy-night-at-the-hub-jan-23-tickets-328549

Group of 4 or more? email hub@internationalcomedians.com for a nice group rate, please state in your email if you are Hub members or not.

Ian Coppinger (Ireland)
One of Ireland’s busiest comedians Ian is a regular on the world comedy circuit having played to packed houses at the Edinburgh, Melbourne, Montreal Just for Laughs, Galway, Electric Picnic, Glasgow, Dublin, Adelaide and Wellington comedy festivals. A regular on all the major stages in Ireland and the UK, Ian has also appeared as a support act for Ardal O’Hanlon on his UK tour and Pat Shortt on his Irish tour, including 7 sell out weeks in Dublin’s Vicar Street. Ian has also appeared on The Panel Live tour. A noted improviser, Ian is a co-founder of The Dublin Comedy Improv (1992), where he still performs every Monday night in Dublin’s International Bar, which is Ireland’s second-longest running comedy club.

Daniel Muggleton (Australia)
Australian comedian Daniel Muggleton’s blunt and honest stand-up is a breath of fresh air for audiences. Despite sold-out shows at festivals worldwide, being the first Australian to be produced by Grammy-award winning US label Comedy Dynamics and a couple of appearances on TV (The Feed, The Checkout) – he still breathes through his mouth. ‘His observations stay just this side of affectionate’ (BroadwayBaby.com). ‘A show of nonstop of laughs’ (ThePlusOnes.com).

Hire comics for company events/parties and our new 1 – 2 hr new comedy games in teams events! – perfect for groups up to 64 people as an afterwork event at your office.