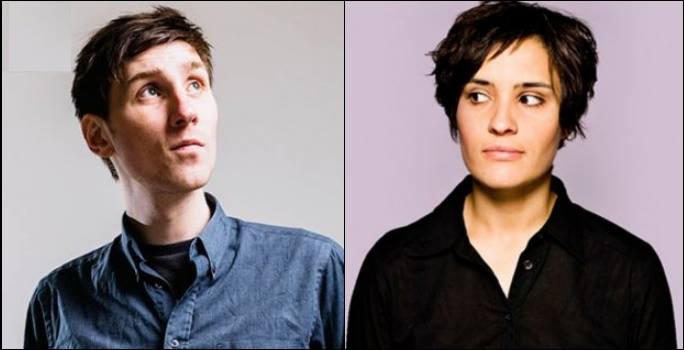 Season Premiere of Eindhoven English Comedy Nights on Friday January 26, 2018 with more stand-up comedians from around the world.

This month, the two pro acts flying in are Jen Brister (UK) and Sean McLoughlin (Ireland).

Jen Brister (UK) is a critically acclaimed stand-up comedian, writer, and actor. She is a regular performer on the UK and international comedy circuits. She has written and performed five solo shows around the world, including at Melbourne International Comedy Festival, Norway Comedy Box Festival, Comedy Club Asia, Adelaide Festival and the Edinburgh Festival. She is currently supporting Frankie Boyle in London and has performed with Russell Brand on his radio comedy Cloud Cuckoo for Radio 2. She has also recently recorded stand up for Live at the Apollo!

Sean McLoughlin (Ireland) is fresh off supporting Ricky Gervais on his international tour. Recently described as an “impassioned and uniquely brilliant talent” by The List, Sean has made appearances on Russell Howard’s Stand-Up Central, Live At The Comedy Store and recently enjoyed a full house run for his 2017 Edinburgh Fringe show ‘You Can’t Ignore Me Forever.’

Surprise guest acts may also take the stage and the entire evening led by your MC, Joe Eagan (Canada).

Last edition was pretty much full, so buy your ticket online now (or reserve a group ticket via e-mail if you are 4 or more to be sure of entry).

Advance tickets (prices below include all Billetto fees)

You can buy in advance here:

Limited door tickets available to buy in cash at the door if you decide to come last minute. Door price is 2 euro more than prices above.

Are you a group of four or more? Email us at grouphub@internationalcomedians.com for special group rates.