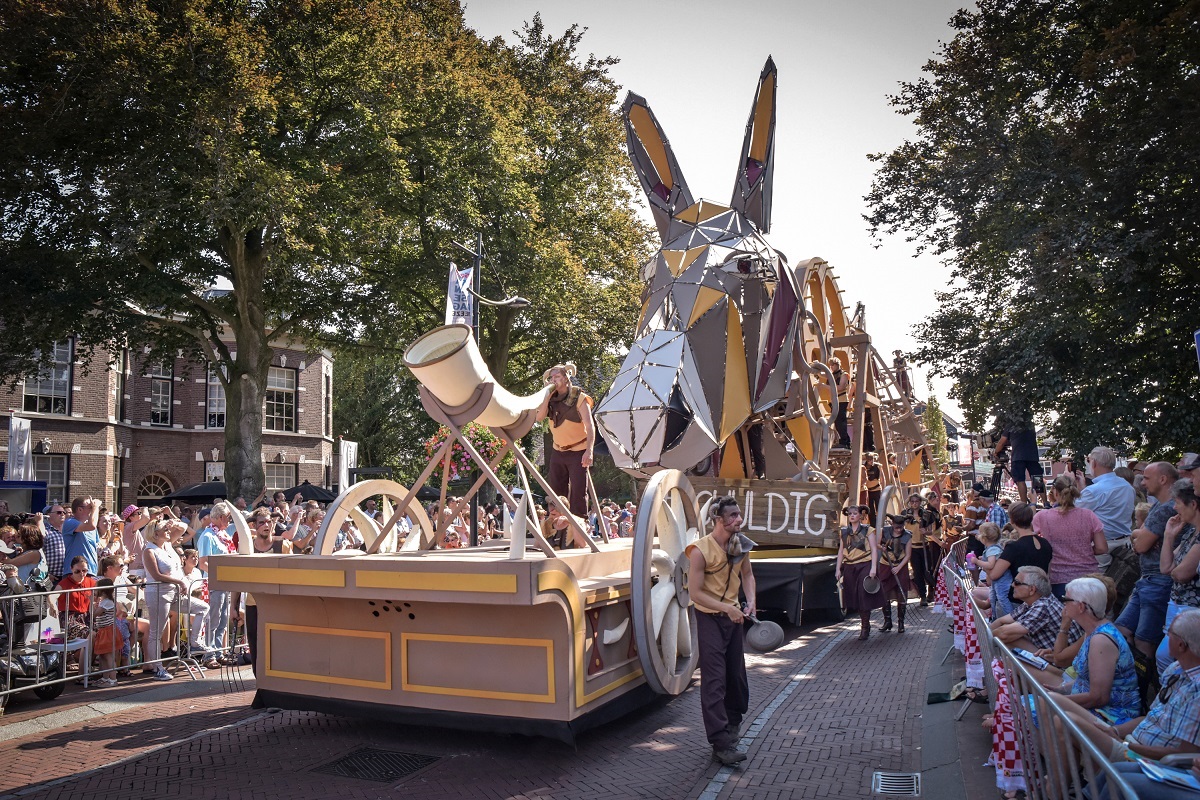 It will be a day full of local traditions, Brabant culture, historical facts, entertainment, music, theatre, art and food and drinks of course. The whole village of Heeze (10 km from Eindhoven) is a living stage for the day.

The theme of the 62nd Brabantsedag is ‘What moves Brabanders?’. This question has been haunting many a Heezenaar since the announcement of the theme in November last year. After the first designs and sketches at the beginning of this year, the icing is now being put on the cake in the construction season, from June to August.

The Brabantsedag parade is the largest in the Netherlands and is visited yearly by around 30.000 people.

This year, on Sunday 25 August, the sixteen float groups will take their audience on a journey through the former Duchy of Brabant: on the hunt, on the run or on the winding path of life of Vincent van Gogh, for example. Various well-known Brabant places will be visited, such as Cuijk, Uden, Breda and Vught. Special: in the year that 75 years of liberation and D-Day is celebrated, three groups bring a topic from the Second World War to life.

Brabantsedag Heeze was given a new look last year. Now it is one complete day out, packed with entertainment, art, (street) theatre, music and entertainment. On five “Atmosphere & Taste squares” there are well filled stages and tasty food trucks. For this 62nd edition, the Brabantsedag Foundation has expanded the Preparade and has even more artists around the theatre parade in store. If you want to listen to well-known Dutch singers, this is your chance: Bertus Borgers, Björn van der Doelen, Nederpop All Stars with Erik Mesie (Toontje Lager) will perform.

Pre fun with the Children’s parade

In order to involve the youngsters of Heeze even more actively and with a view to the future, there has been a real Children’s Parade for two years now, a week before the ‘big’ parade. Last year the number of young participants had already doubled to no less than ten groups with about two hundred children. This year, on Saturday 17 August 2019 at 19.00 hours, it is expected to be even busier. The children’s parade ends at the town hall, where the traditional opening party will start in the garden. The Children’s Parade runs through the entire centre of Heeze and is free to visit. 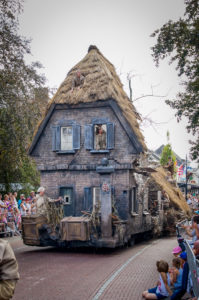 Brabantsedag Heeze is from 10.00 till about 20.00 hours. There is entertainment all day long, culminating in the theatre parade which starts at 13.30 hours.

Entrance and stand tickets can be ordered via Brabantsedag.nl. Children up to and including 12 years of age have free access. The website also contains the complete programme, as well as more information on accessibility and parking.

September 23, 2020
Well-known Eindhoven DJ, Lafuente, has been criticized on social media. He's being accused of having double standards. That's regarding the discussion about the country's coronavirus...